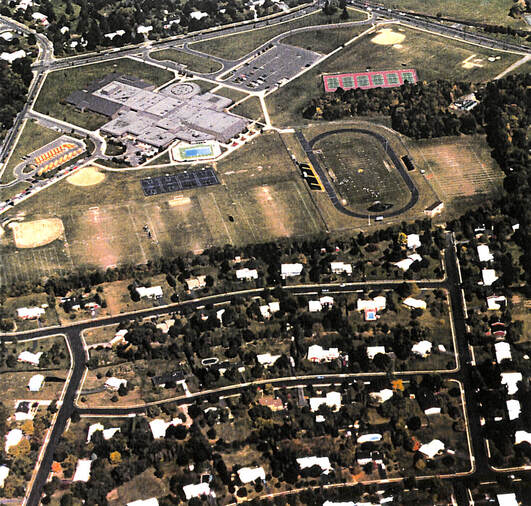 Note: the memory below was taken from the Fall 1996 issue of the Historical Society of West Windsor's Fall 1996 issue of Broadside, our erstwhile newsletter. With the permission of her husband, Carl Fogelin, and her family, it was transcribed from a letter written by Maria Fogelin, who passed in the spring of 1996:

"We lived in Colonial Park from 1961 until 1994. Here is what it was like to be in the first genuine development in West Windsor and to watch the growth of the town from pure farming to the upscale community it is now.

We were not the original owners of the house at 5 Canoe Brook Drive. It was built a year before that for Jerry Dollar, who was a state trooper. The township at that point was too small to have its own police force (indeed, it was only formed in 1968). Therefore, the state police patrolled us.

My husband Carl, a chemical engineer, was transferred by American Cyanamid to its Agricultural Division from Lederle Laboratories, its pharmaceutical division. When we first began house hunting, Cyanamid's facility was in the process of being built. The Quaker Bridge Mall which is now across the street wasn't even a dream yet (it was built in 1976). 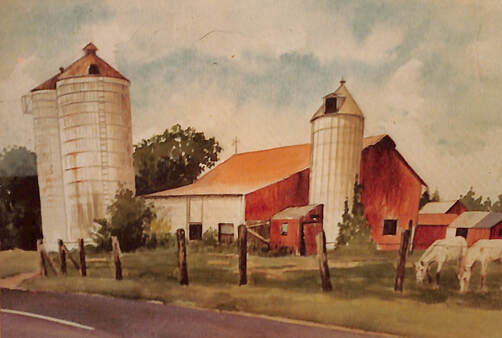 Mey Farm by E. Little
Why did we pick the particular house we did? It was almost brand new, which was a relief after the old house we'd lived in previously. The Dollar's house had been furnished by his wife, who was a professional decorator, so it showed well.

My husband likes to say that we bought it because, looking after a long period of rainfall, it was the only place we saw that didn't have water in the lower level. Jerry Dollar, an early Colonial Park resident, told us that when Colonial Park was being laid out, he'd paced the area to find the highest spot, and this was it. We also liked that 3/4 acre of land that came with the house, especially since my husband was an avid gardener.

At the time we moved into Colonial Park, most of the houses on Canoe Brook Drive were already built, as were those on Princeton Place, which is perpendicular to it. In fact, we looked at three models that had just been finished at the east end of the street before picking ours. Ziff Lane, parallel to Canoe Brook Drive, was built later.

For quite some time after we moved into our house, we were surrounded by farms. In fact, when Carl was starting his garden, he dug up a plow blade. Our son dug up Indian arrowheads in the garden and found a number of sea fossils. 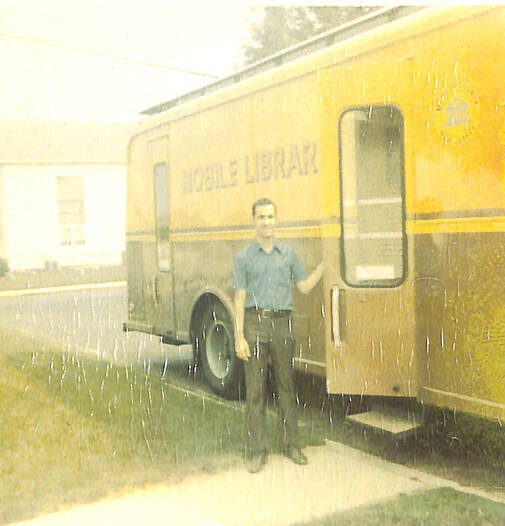 The West Windsor "Bookmobile" - the Mercer County Mobile Library, 1971, with Richard E. Dearborn, driver.
From our picture window we could see the working farm owned by the Charydzak Family on the far side of Penn Lyle Road. It was always a pleasure to watch the changing of the seasons by observing the farmer at work and the growth of the crops on the land.

We could also see a silo on the Mey Farm (at the intersection of North Post and Clarksville Roads), which eventually burnt down. This vista was replaced by large houses as Wellington Estates and then Sunrise East I were built.

A bookmobile would stop at the corner in front of our house once a week. It was while in it, choosing some books, that I learned about President Kennedy's assassination. As the township grew, that level of library service became inadequate.

My husband served on the committee that purchased, not without controversy, the Chapel/Sunday School from the Dutch Neck Presbyterian Church in 1966, their new Christian Education Building having been completed in 1964. The building housed the library from 1966 to 1983, as well as the West Windsor court before they moved to new buildings in the current municipal complex. The former Dutch Neck library now houses the Board of Education."