The Coleman farm in Clarksville, 1950s. From Richard Coleman.
Overview

Now disappeared, this hamlet primarily existed at the intersection of Quakerbridge Road and Brunswick Pike. It straddled both sides of the boundary between present-day West Windsor and Lawrence, demarcated by Quakerbridge Road. Clarksville is by far the least preserved historic cluster in West Windsor.

In 1696, the Clarke Family settled around what would become southern Princeton, later expanding into West Windsor.¹ A community sprung up along Quakerbridge Road following two events: the turn-of-the-19th-century arrival of  Dr. Israel Clark, reputedly after whom the village was named, and the construction of the now-disappeared Clarksville Inn in 1808 at the intersection of Quakerbridge Road and Brunswick Pike.² Much like Penns Neck, this cluster catered to stagecoach travelers along the pike. It also contained several houses, a tavern, a blacksmith's shop, saloon, and a general store.³

Close-up of 1849 J.W. Otley & J. Keily map of West Windsor
This avenue, one of West Windsor's oldest, was even then known as "Quaker Bridge Road." General George Washington passed through Clarksville during the American Revolution.⁴ On the night of January 2, 1777, he and his troops secretly pulled out of Trenton.⁵ Legend says that the contingent, unfamiliar with the area, were guided by an 18-year-old Irish Girl named Jinnie Jackson through a back road which connected to Quaker Bridge Road near the western boundary of present-day West Windsor.⁶ Another story tells of an interrogation of British troops on what would become the American Cyanamic complex, during their march. Washington and his troops subsequently moved on through Port Mercer, arriving in Princeton and winning a second victory in little over a week, turning the tide of the war, and the fate of the continent.⁷
​ 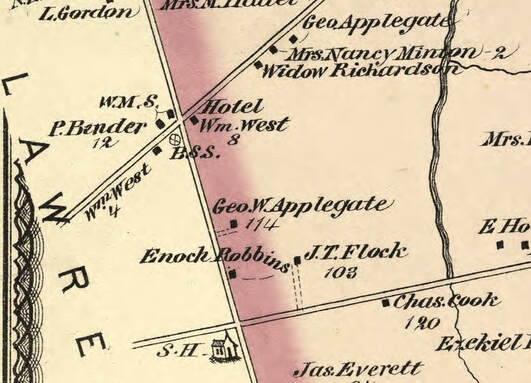 Close-up of 1875 Everts & Stuart map. Brunswick Pike is the upper horizontal avenue; Clarksville Rd is the southern street. Both intersect with Quakerbridge Road.
Clarksville eventually saw a schoolhouse established along Quakerbridge Road, close to the intersection of Clarksville and Quakerbridge Roads.⁸ This building burned in 1937, but photographs of the institution show a small structure almost identical in form to the Princeton Junction Parsonage and Edinburg school houses.⁹
​
In 1902, the Mercer County Grand Jury handed down an acrimonious suit regarding West Windsor, declaring that a section of road in the township, between Clarksville and Penns Neck, was "dangerous to the lives and property of persons travelling on it, and is designated to be a common nuisance." ¹⁰  West Windsor residents were indicted in this suit, which was referencing the present-day Brunswick Pike - at that time a dirt road connecting Trenton and New Brunswick.¹¹

In the 1950s, American Cyanamid - an agricultural and industrial chemical company - opened up a research and manufacturing facility in between the Northeast Corridor train line and Brunswick Pike, north of Quakerbridge Road. Operations continued for 6 decades until the facility's closing in 2004.¹²

Since the mid-1900s, a increasing amount of farmland in Clarksville has been lost to commercial development.¹³ In 2020, Clarksville is dominated by several large shopping centers west of Brunswick Pike and South of Quakerbridge Road. The remaining land is dedicated to heavily-trafficked roads or the decaying American Cyanamid complex, recently purchased by Atlantic Realty after years-long conflict between Howard Hughes and township residents. Plans to redevelop this complex are still being debated as of 2020.¹⁴

Although the hamlet is long-gone, the memory of Clarksville lives on.
Dr. Clarke House (mid-1700s)

The spot noted on the map above is the site of what is believed to have been the Dr. Clarke House. Excavations in 1985 revealed the foundations of an 18th-century farmhouse on this site.¹⁵ This may have been the house of Dr. Israel Clarke, who was listed on township tax rolls in 1809. These documents indicate that he owned one male slave. ¹⁶
​ 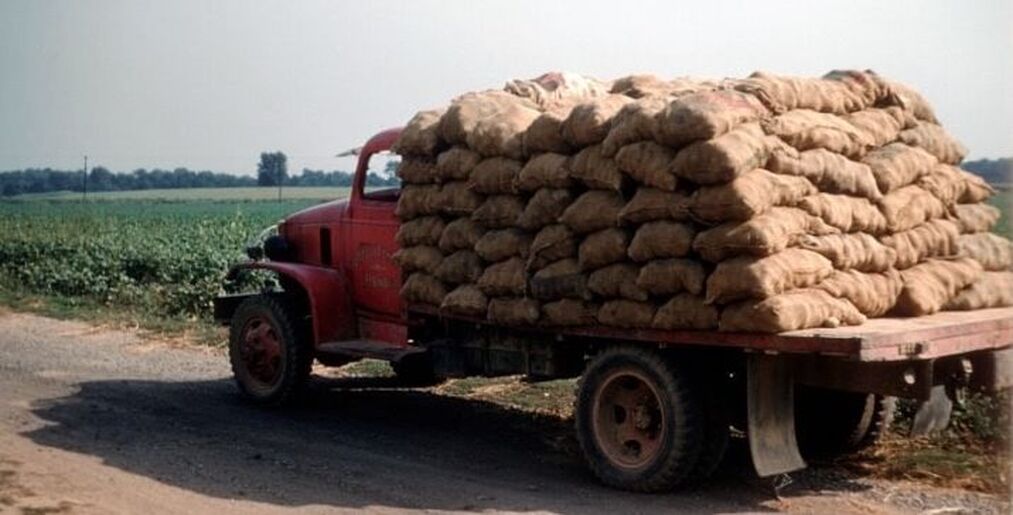 Although every farm house that once stood in the center of Clarksville has long been torn down, the history of one farmstead of note is recorded. During the American Revolution, George Washington sent Colonel Joseph Reef to Princeton, in order to observe and record British movements.¹⁷ On December 30, 1776, Reed and a contingent of cavalry traveled back to Trenton, using Quakerbridge Road.¹⁸ As they passed by the Coleman house, they espied British soldiers, who were foraging for food.¹⁹ Having left their weapons in the house, the troops (consisting of twelve dragoons and a commissary) were caught off guard and captured.²⁰ They reputedly supplied valuable information to Washington's army that helped him win the Battle of Princeton a few days later!²¹

A plaque, the product of a Girl Scout project, stands off of Quakerbridge Road, near the primary entrance to American Cyanamid, to mark the site of this interrogation.²² 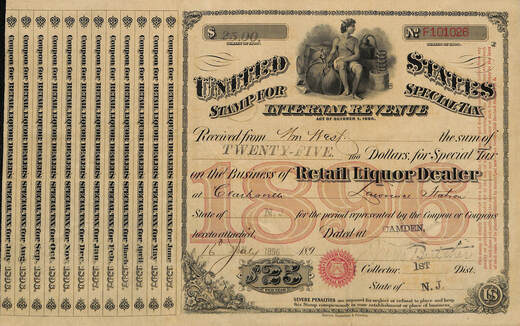 This structure, in operation until the early 1900s, was located at the eastern corner of the intersection of Brunswick Pike and Quakerbridge Road. It was unique in the region as the only hotel and licensed bar on the Pike between Princeton and Trenton.²³ The hotel's construction prompted the blossoming of Clarksville as a village. It may have been constructed by Thomas Combs, who, in 1808, filed for a tavern license that stated: "That your petitioner has leased the New Brick building belonging to Doctor Israel Clarke situate on the Trenton and New Brunswick Turnpike Road in the Township of West Windsor." ²⁴ Interestingly, John Joline, who applied for an innkeeper's license as the manager of the Red Lion Inn in Penns Neck, attested to Combs' charcter.²⁵

Before World War I, the hotel was operated by the Brady family, owners of the first "motor-car" in the village.²⁶ The building has long since been razed. 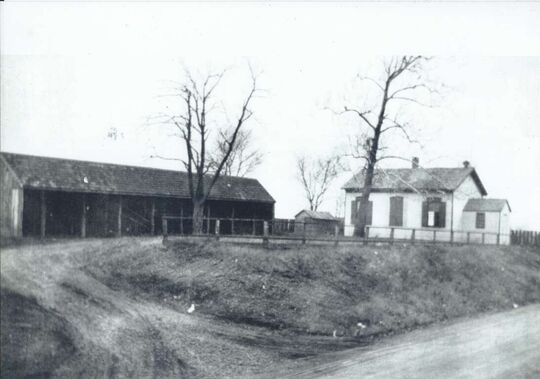 The one-room schoolhouse was located at the southwest corner of the intersection of Quakerbridge and Clarksville roads.²⁷ It served students of various ages from Clarksville, Port Mercer, and Lawrence. In addition, it was used for community meetings, agricultural festivals, and school.²⁸ Unfortunately, it burned down in 1937.²⁹ Photographs show a building of similar scale and style to the one rebuilt at the Schenck Farmstead.

In 1996, the Greater Princeton Extra interviewed Annabel Smith, a 104-year-old retired school teacher who taught in the Clarksville School until it was destroyed.³⁰ Click here to read her recollections! 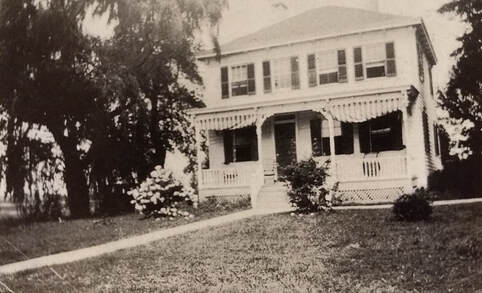 This now-dilapidated clapboard Italianate house shows up on an 1875 map of West Windsor as being owned by Valentine Sharp.³¹ It last belonged to the Doherty family until 1994, when its last resident, Amelia Doherty, passed away.³² The building has since fallen into extreme dilapidation.​
After Amelia Doherty's passing, much of the house's furniture was donated to the West Windsor Historical Society  by American Cyanamid and can now be found at the Schenck Farmstead.³³ This includes an Eastlake parlor set, an oak dining room set (including a hanging Tiffany lamp), two sets of bedroom furniture, and several wooden dressers and cabinets.³⁴

During the middle of the 20th century, Clarksville was home to its own slice of Americana. The “Clarksville Diner” is perhaps West Windsor’s best-travelled building, calling 4 different locations its home.

The Clarksville Diner – originally known as the Princeton Grill – was a “Silk City” diner built in Paterson, NJ and set up at the Penns Neck Circle (the intersection of Washington Road and Brunswick Pike) around 1940.³⁵ Its first owner, John Wills, managed a popular eatery that attracted travelers along Route 1 and local residents alike.³⁶

However, even in its state of hibernation, the diner still had a presence. In 1985, when the widening of Brunswick Pike and Quakerbridge Road threatened its existence, the diner was enough of a local symbol that the state reworked its plans.³⁹ 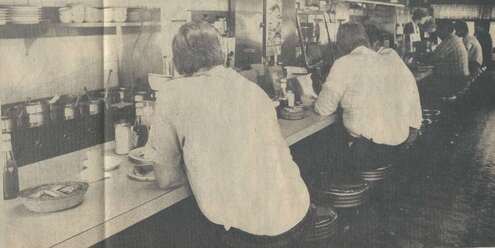 Inside the Princeton Grill, from the August 18 1982 Princeton Packet
​  In 1988, the building was purchased by Gordon Tindall III.⁴⁰ Two years later, Gordon – and his diner – relocated to Decorah, Iowa, whereupon Tindall spent 4 years restoring it and turning it into a mecca for those seeking respite from the relentless stresses of the road.⁴¹ As a result of his efforts – including reconstruction using original parts purchased from other Silk City diner owners after a drunk driver smashed into his beloved building – the establishment was listed on the National Register of Historic Placed in December 1993.⁴²

Unfortunately, although Tindall attracted repeat customers, business was close to nonexistent. In 1998, the diner was purchased by the Canal+ TV station, based in Paris, France, whereupon it was shipped across the Atlantic Ocean and turned into office space for the company.⁴³ The last photographs of the diner in America show it en route to Elizabeth, New Jersey, and resting in a terminal, awaiting its final voyage.

Although the diner is long-gone from West Windsor, the presence of our town can still be felt in Boulogne: the building is still being used by Canal+, Its polished aluminum walls betraying its origin in a little town across the world.⁴⁴
​ 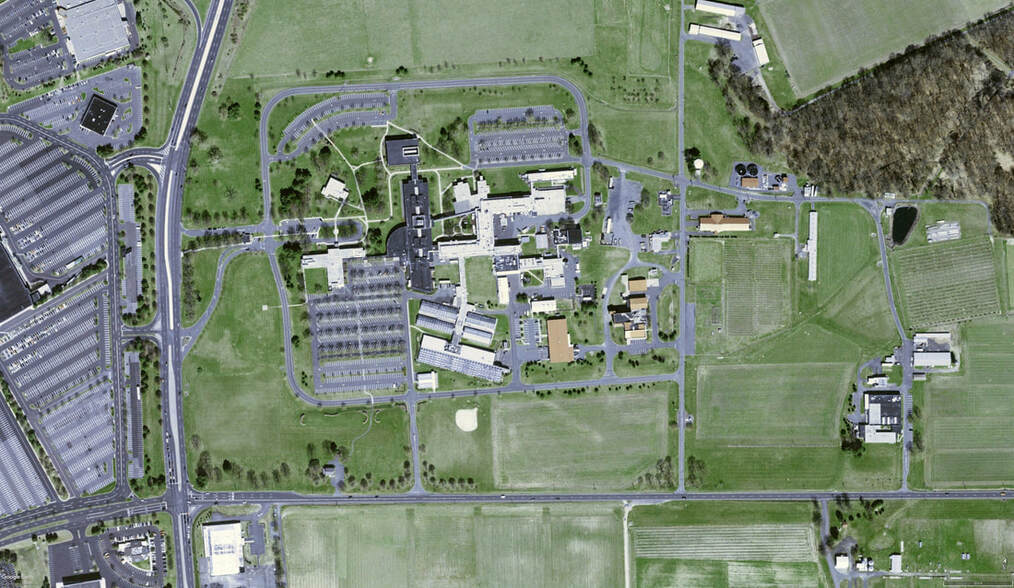 In the 1950s, American Cyanamid - an agricultural and industrial chemical company - opened up a research and manufacturing facility in between the Northeast Corridor train line and Brunswick Pike, north of Quakerbridge Road.⁴⁵ During the middle of the 20th century, the company grew rapidly, expanding into cosmetics, building materials, and pharmaceuticals, among other products, and providing a source of employment for much of the town's residents⁴⁶

Over the years, as American Cyanamid acquired the properties of the farms around its complex, the corporation tore down the farm houses in order to avoid paying taxes on the properties. The Coleman farm was reputedly the last to go.⁴⁷

Since its founding, the company underwent a few name changes, merging with American Home Products in 1994, and later changing its name to Wyeth in 2002 - 2 years before the facility's closing and purchase by General Growth Properties (GGP).⁴⁸

Since then, the complex has fallen into disrepair. in 2010, the Howard Hughes corporation was formed as a spinoff of GGP.⁴⁹ The organization petitioned the township and presented plans for a massive rezoning and  redevelopment of the property.⁵⁰ The proposal envisioned residential, commercial, and office space, parks and plazas, and, potentially, a school and hospital.⁵¹ However, after a protracted battle, Howard Hughes ended up selling off the tract to Atlantic Realty in 2019, whereupon, in early 2020, the fate of the vicinity remains uncertain.
​Play the slideshow below to explore some more images of historic Clarksville!
Click here for citations!