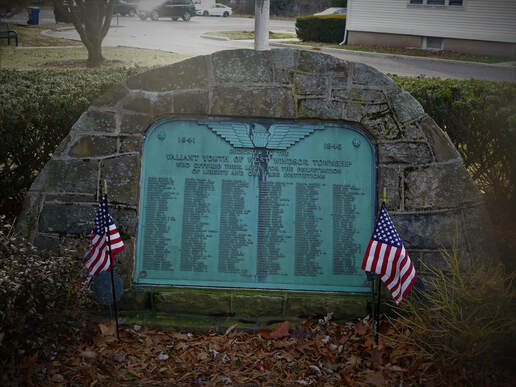 From its incorporation in 1797 until its rapid suburbanization following World War II, West Windsor was a sleepy bucolic town. However, even its serene locale and slow-moving way of life was intertwined with national and foreign affairs when the United States entered the war in 1941, following the bombing of Pearl Harbor on December 7 of that year. Subsequently, our municipality contributed to the war effort against the Axis powers in several ways. From sending men to fight overseas to rationing supplies  in need to organizing scrap drives that collected metal for machinery, West Windsor natives did their part in fighting the threat of fascism, foreign imperialism, and the Third Reich.
​ 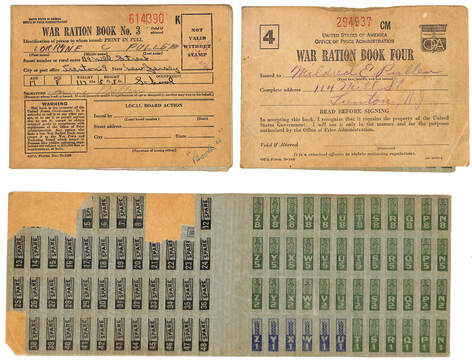 Like numerous communities across the country, West Windsor participated in the national rationing initiatives undertaken by the Office of Price Administration. One of these endeavors - the Food Rationing Program of 1942 - sought to limit consumer consumption of certain goods- mainly rubber tires, gasoline, metals and food products- so that they could be better applied to the enormously expensive war effort. There were many levels of rationing: some items, such as food supplies were distributed based on the number of people in a household, while others, such as gasoline, were only given to those who could justify a need. Automobiles were judged similarly, with tires rationed to make up for rubber shortages and cars graded on a scale of necessity to manage national fuel consumption.

Ration Stamp Books were distributed to households across America by their local Ration Boards. These pamphlets, like the one pictured adjacent, were filled with stamps of various colors and designs. The drawings on each sticker were often representative of the supplies that the FRP was designed to limit, but stamps with a certain drawing were not always used for their pictured commodities. Materials’ color-coded designations changed frequently as the war progressed and their value would often be set weekly by municipal Ration Boards and announced in local newspapers. Therefore, residents had to be alert - during one week, a stamp depicting blue ear of corn could buy a family a pound of sugar, but the next week it might return a pound of salt! 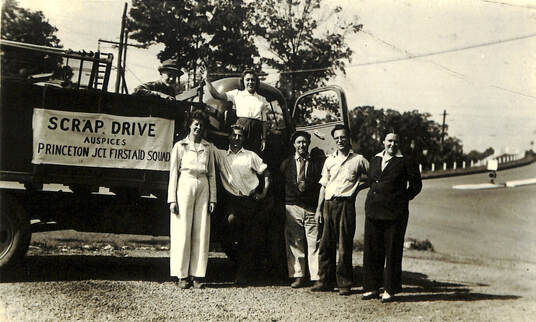 Another way that West Windsor’s residents participated in the war effort was by holding scrap drives. These events were organized across the country to negate the rising threat of metal shortages as the war dragged on. Bumpers, metal children’s toys, spare pots and pans, even civil war cannons were donated in an effort to feed the growing military-industrial complex. Competitions were often held between different towns and counties to see who could raise the most scrap for the war effort!

Here in West Windsor, the Princeton Junction First Aid Squad held several scrap drives in order to contribute to the war effort. Pictured adjacent are members of the organizing committee pictured in front of the truck used to haul the scrap down to Trenton.
​
Memorialization

227 men from West Windsor Township would end up joining the US Armed Forces to fight overseas. They would fight in every branch of the military, on the sea, land and air. Although many of these soldiers came back from the war largely unscathed, some paid the ultimate price for their country.

These fighters’ sacrifices were not forgotten. In 1946, the Deacons of the Dutch Neck Presbyterian Church organized a luncheon for the returning service men and women of World War II. This luncheon was held at the Dutch Neck Chapel and hosted roughly 80 servicemen and their families. It featured a band, a roast turkey dinner, and guest speakers including David Sarnoff of the RCA, leaders of the Princeton ROTC, Journalists, and professor emeritus Starr Myers of Princeton University!
​
In 1947, a VFW commission established the Dutch Neck War Memorial in the small park across the street from the Dutch Neck Presbyterian Church. It compiled and honored the complete list of 227 service men and women who fought during the planet’s deadliest war, indicating those that had fallen with a star next to their names. A ceremony was held to commemorate their sacrifice, complete with a full brass band and a recitation of the Star-Spangled Banner. The monument sat directly in front of the old town hall until 1977. Although the building was demolished that year, the squat plaque remains, sitting in the heart of Dutch Neck, and immortalizing the risks taken and sacrifices made by hundreds of West Windsor natives in order to protect their peaceful village, loved ones, and way of life. 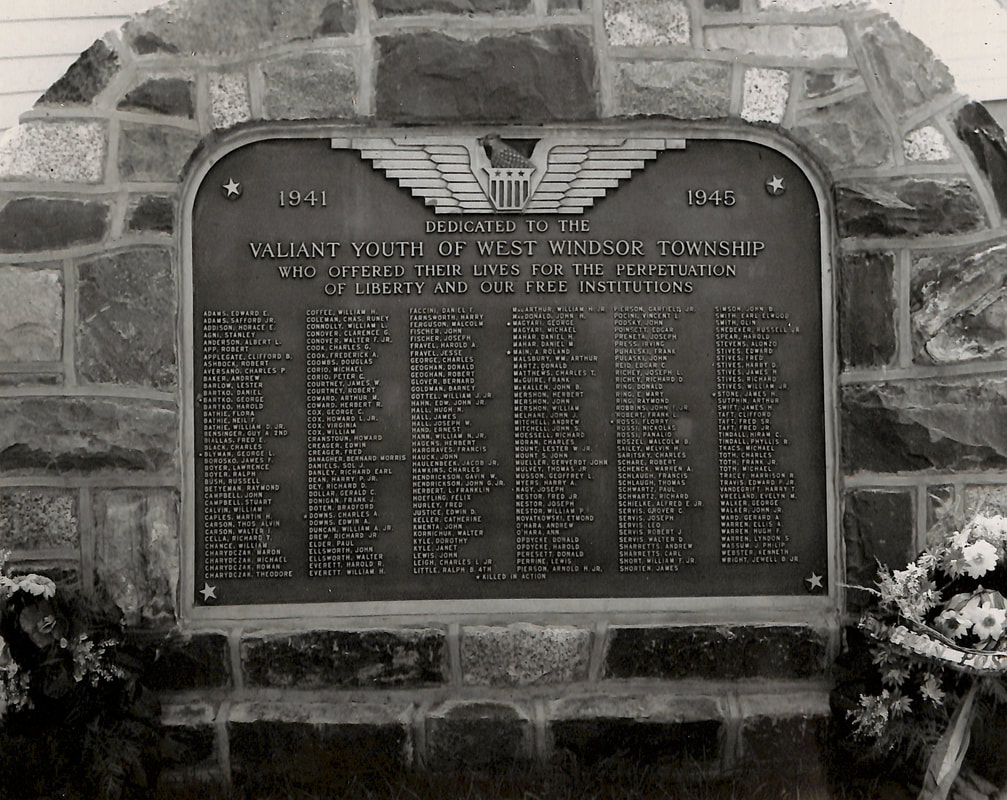