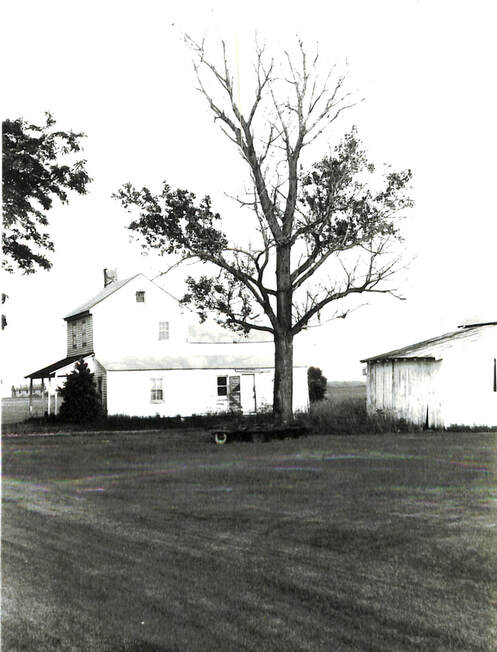 Once located approximately where 29 Sapphire Drive exists today, facing north and standing close to Village Road West, was the Greschak Family Farmhouse - AKA "Whistling Winds." This 2 story, 2 bay clapboard vernacular house with a 1.5 story ell and 1 story lean-to was located next to a small, deteriorating barn. It first appeared on the 1849 map of West Windsor as belonging to a "J. Howell," and later on an 1875 map under ownership of a "W. S. Bergens."

In 1985, the Historical Society of West Windsor led a house tour of the property, hosted by Ruth and Mike Greschak. The text of the tour is transcribed below:

"The Greschak House was built around 1830. It's of the Federal Style of architecture. It was originally a small five room house which ended where the side porch ends. At some time in history the rear part of the house was added, which is now the kitchen, family room and two rear bedrooms. When we moved in 23 years ago our family room was an unfurnished shed with a large black iron cooking stove. It was used for cooking and baking bread. Also the well was under this room. It had a removable floor panel for access to the well. We finished the shed and added the laundry and powder rooms and recently added sun room. (The old well is still there). When the rear of the house was built a new roof was built over the old roof so that the front of the house had a double roof.

Some of the former owners were the George and Rose Conover family - which includes Walter Conover and Dorothy Mather of Dutch Neck and George and Katherine Groendyke whose daughters are Elizabeth Everett and Cornelia Appleget.

You may note the outhouse with a double seat in the backyard behind the garage. Also you will find a milk house on the right of the driveway and a carriage house facing the street. Incidentally, the property was a working farm until we moved in and included all the land along Village Road West to the power line. At the time, we moved into the house in October 1962, there were no other houses on Village Road West toward Post Road. It was all open fields with no windbreakers and the wind just whistled around the house constantly, thus giving the name "Whistling Winds." Katherine Groendyke, the former owner, told us that in the 25 years she lived in the house she could never get used to the wind. Unfortunately, with all the new houses and trees, the winds aren't whistling any more."
​
Some time between 1985 and 1988, the Greschaks moved out of the house, whereupon it was left to deteriorate. It has since disappeared, but its history still lives on... 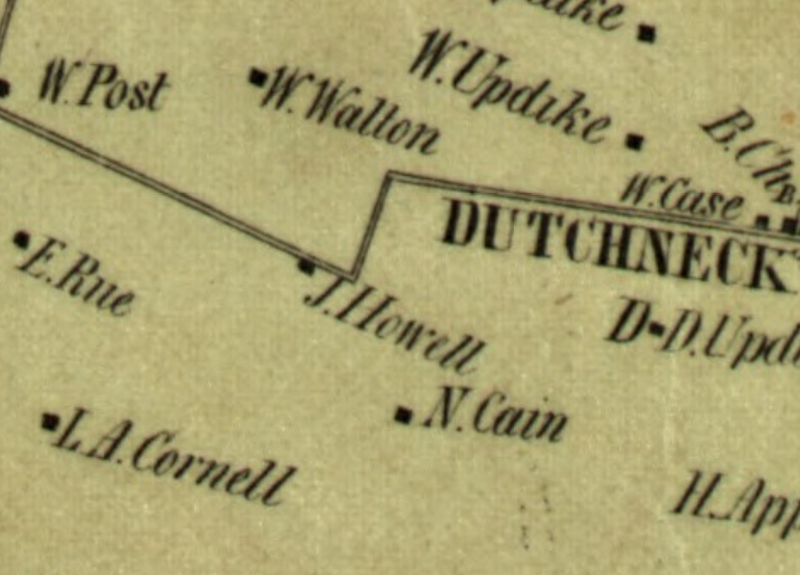 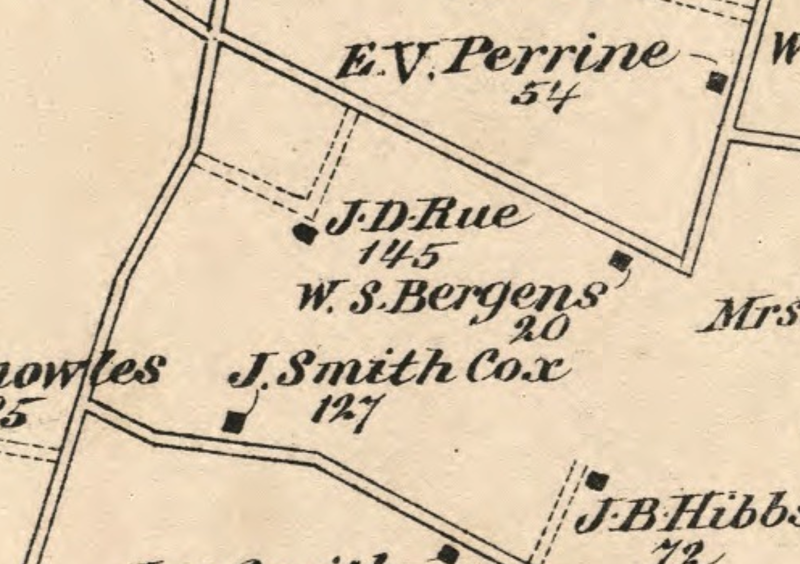