Note: This summary comes from Joe Francisco, who researched and wrote about the Twin "W" First Aid Squad in 2015. 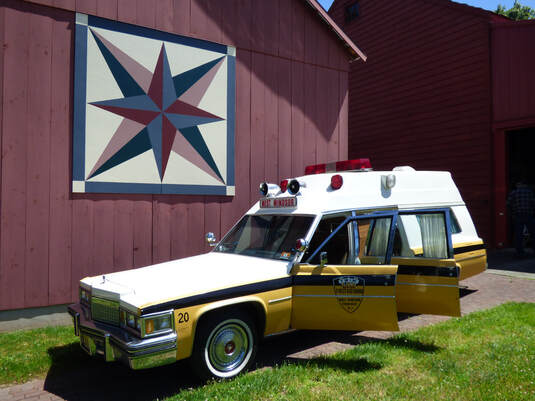 Before the Twin "W" First Aid Squad was founded in August of 1972, and after the disappearance of the township's World War II-era first aid squads,  West Windsor Township was served by the first aid squads of East Windsor and Princeton. After raising funds and recruiting volunteers, the name "Twin W" was chosen (in order to avoid confusion with East Windsor's squad), and the organization began to operate out of a garage adjacent to the old Town Hall in Dutch Neck, which had served as a blacksmith shop in the mid-1700s. There were 35 active members and 10 cadet members (those under the age of 21). The Squad ran two "limousine-style" ambulances - a 1969 Cadillac Superior and a 1964 Oldsmobile. The former was purchased from Amwell Valley Ambulance Corps (in Hunterdon County, NJ) in June of 1972. The origins of the latter are unknown, and scrapbook notes suggest that it was a back-up unit.

Twin "W" received letters from grateful patients, gave first aid demonstrations to school children, and offered first aid courses to township residents in its founding years. Twin "W" cadets even took home a trophy for "Best Appearing Team" at the 1977 New Jersey First Aid Council cadet contest, which was held in Philadelphia that year. The contest had cadet teams treat patients in simulated scenarios. The award was for having the proper equipment, best appearing uniforms, best conduct, discipline, and attitude. 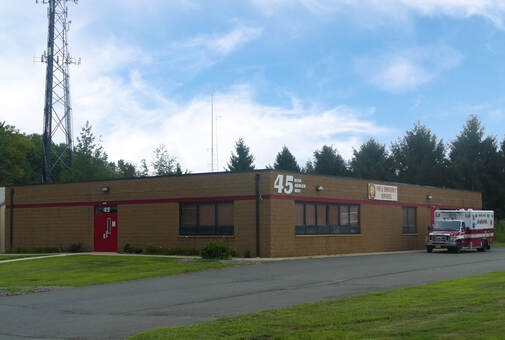 The first portent of a dedicated building came in late October 1976, in the form of a report from the newly-formed Building Committee. It stated that the Squad was "in a position, financially, to seriously consider a new Squad House." Soon after, the J. Robert Hillier group was chosen to design the building, and ground was broken on August 6, 1977. A new squad house of concrete block construction was constructed and completed on Everett Drive, in the vicinity of the new municipal complex, in August of 1978.

This building held the Squad's ambulances as well as one small outboard motor boat for water emergencies. Also in 1978, the Squad saw 584 calls to service: 411 emergency, 50 transport, and 123 for stand-by events. Stand-bys were usually community or sporting events where the sponsor had requested an ambulance and EMTS.

During these first years, the Squad offered a CPR demonstration hosted by the Lion's Club, assisted at a blood pressure clinic for senior citizens in the township, and offered an advanced first aid course (known as the "five-point" course) at the new squad house, for residents of West Windsor and surrounding areas who aspired to become New Jersey EMTS themselves. 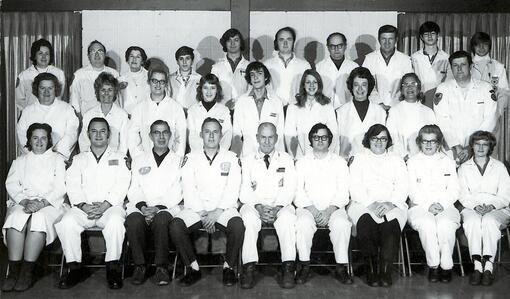 The population of West Windsor rose from 6,431 residents in 1970 to 8,542 in 1980 - a jump of nearly 33 percent. Call volume rose accordingly, up to 622 calls to service in 1979. An October 2, 1980 letter to the editor of the West Windsor-Plainsboro Chronicle informed readers, with a sense of urgency, that the Squad had "10 members to fill 20 weekday daytime spots." Members had been lost "mostly due to job and residence changes." The article closed saying that there was a "desperate shortage of members to ride during daytime hours." The plea for help was made again in several newspapers in June and July 1983. In September of 1985, the Trentonian reported on a bill introduced to the State Assembly aiming to give volunteers a $1,000 tax deduction for their services, citing a "statewide shortage of volunteers willing to devote their hours to fighting fires and answering first aid calls."

In that same year was one of the more unusual events in the Squad's history: an ambulance with a crew of three Twin "W" EMTs and one paramedic was hijacked at gunpoint by a man high on cocaine, and then chased throughout Mercer County for 8 hours by police officers, as the crew escaped from the ambulance one by one. The incident began when the hijacker and his girlfriend were sitting in a parked car on a Friday around midnight and a West Windsor patrolman approached the vehicle. Upon inspection, the officer immediately noticed drug paraphernalia and placed the couple under arrest. While the girlfriend was being handcuffed, the man feigned symptoms of the onset of a heart attack, prompting the officer to call for the Squad.

The episode ended in a five-hour standoff on Route 130 in Washington Township (now Robbinsville) after the hijacker (then the only occupant and driver) crashed into two East Windsor Township police cruisers, totaling the ambulance and injuring two officers.

The incident was later reenacted and taped on-location for a brief segment of CBS' "Rescue 911," hosted by William Shatner. The episode aired in the fall of 1989: 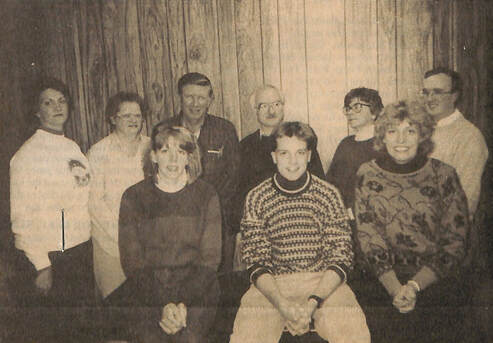 Members of the Squad from the Jan. 16 1990 Princeton Packet
Paid Staff Added

As communities around West Windsor began to pay their EMS organizations, it became inevitable that our township would follow suit. On April 1, 1991, a pair of paid EMTS started working with the Squad, staffing an ambulance Monday-Friday from 8:30 AM to 4:30 PM. At this point, only Hightstown Borough and Hopewell Borough had paid EMS staff for at least part of the day.

In November 1992, the township hired two additional EMTs, citing a lack of volunteers and the fact that surrounding municipalities often gave supplemental aid to West Windsor, which we were unable to repay. Shortly after this, the hours of the paid crew shifted to 7 AM-7 PM Monday-Friday and 7 AM-5 PM on weekends.

In November 1994, two more specialists were hired. This began the shift of the Emergency Services division towards cross-straining "specialists" as EMTs and firefighters, so that an ambulance or fire engine could be staffed as necessary. 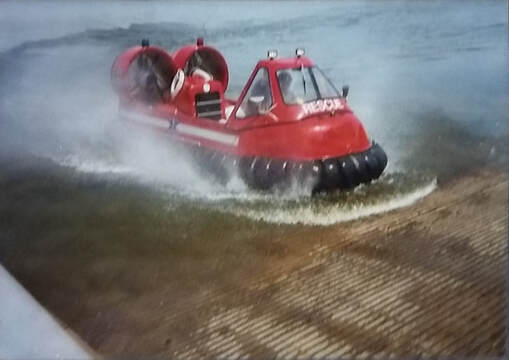 In 2013, members of the Twin "W" First Aid Squad deployed to the Jersey Shore in the wake of Hurricane Sandy. That March, the group donated an ambulance to the Sandy Hook Fire & Rescue Squad, who lacked the vehicle after the storm.

Due to a lack of active membership, the Twin "W" First Aid Squad closed its doors in March of 2015. In the previous 10-15 years, the squad had relied heavily on college students to staff crews. Many were from Princeton University; others were young residents returning home during seasonal breaks. Around 2013, the Squad stopped accepting applications from out-of-town students due to the high cost of investment per member and the short duration in which these students were available.

Without college recruits, and the departure of many older and more experienced members, the organization's numbers dwindled. Each night, precious few people were able to staff the ambulance crews. Despite this dynamic, the Squad was able to respond to every dispatch in 2014.

On March 23, 2015, the Twin "W" First Aid Squad closed its door. It was now time for all involved to hang up their pagers, knowing that their work, although now ended, had made a significant difference to the community for over 40 years.