The Murder of Solomon Krauskopf 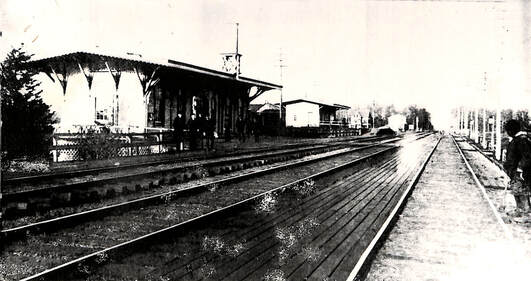 On March 10, 1874, Solomon Krauskopf, a Princeton jeweler and volunteer fireman, left his shop to travel to Trenton, in order to collect on some accounts that were due. After travelling to Princeton Junction via the Dinkey line, he took a southbound train towards Trenton, where he conducted business. At the end of the day, with around 170 dollars in hand, he got on the 8 p.m. train to travel back to West Windsor. However, he fell asleep on the train, and did not awake until the train had reached New Brunswick. Attempting to correct course, he took the first train south, only to find out that it did not stop in Princeton Junction! Therefore, he found the next train back to Princeton Junction, determined to stay awake.

However, because of this re-routing, he had missed the last Dinkey line shuttle back to Princeton - an instrumental factor in his fate. Krauskopf decided to instead walk towards Princeton along the rail line, passing by the large swaths of farmland and the occasional home that then constituted West Windsor. When he passed north of the small village of Princeton Basin - at the intersection of Alexander Road and the Canal - he was to go no further.

The next morning, Krauskopf's body was discovered floating in the Stony Brook, just footsteps from the Princeton Basin's Railroad Hotel. Three days later, on March 14, 1874, the New York Times carried the following story: 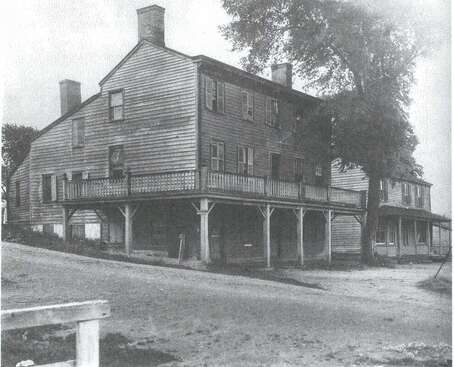 Railroad Hotel
Yesterday morning the body of Solomon Krauskopf, a young man, was found in a brook on the line leading from Princeton to the junction of the Pennsylvania Railroad, with a pistol ball wound through his heart. His pockets had been rifled and there was every indication of foul play"..."He got off at the Princeton Junction and proceeded along the track towards Princeton till he reached the place where his body was found. When he left Trenton he had in his possession $170, a watch and chain and revolved, all of which, except $10, are missing. There was unmistakable evidence that a murder had been committed"..."Deceased was known in this section of New Jersey as an industrious jewelry peddler. He formerly kept a store in Princeton, and had considerable money on interest from people of that town. An inquest was commenced last evening and will be continued today."
​
Although two people were initially arrested on suspicion of the murder, it remains unsolved to this day. A vicious rumor, spread shortly after the killing, insinuated that the owner of the Railroad Hotel - John L. Corlies - was responsible. Of course, Corlies denied this. Oddly enough, he himself was the victim of yet another rumor eight years later, which prompted this "letter to the editor" of the Asbury Park Shore Press:

"I desire through the columns of your paper to contradict the statement which has been currently circulated throughout the State, through the different newspapers, that I was dead, and that in my dying moments I confessed that I, with three or four others, were guilty of the murder of the German pedler (sic) found dead in the Princeton Basin, near where I was keeping a hotel at the time; and that I had died at Squan Village and I had given the names of the other persons who were guilty with me.

Now, first, I say I am not dead, never have been, nor ever resided at Squan Village. I now reside at Shark River Station, on the New Jersey S.R.R.; am 70 years of age; was born in Monmouth County; served as constable (for) fifteen years; have carried hundreds of thousands of dollars belonging to others; and no person can ever say that I defrauded anyone of one cent. I have served my constituents in the State Legislature from Monmouth County; am known by all its people; and was never guilty o theft, fraud, or murder. I cannot imagine who is so wicket as to start a scandal about me, except it should be an old sinner around Squan Village that is an expert at lying - one who is out of employment and took it into his head to invent a fresh lie and chose me for his subject, or else he is in the service of a man who lived near me at the time the German peddler was found dead, and who has defrauded me of over one thousand dollars. I am undecided in the matter, but one thing is certain, I am not dead, neither do I covet the death of the originator of this base falsehood and lying slander circulated about me, and sincerely hope he may repent before his death."
​