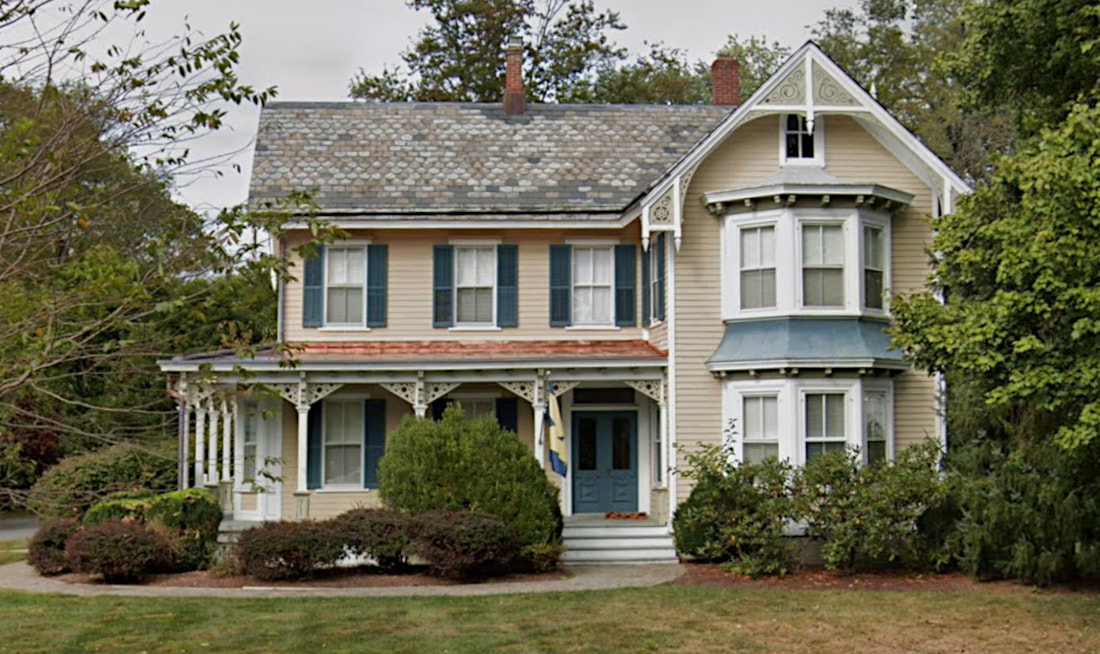 The Rose Conover house in September 2019.
Historical Overview
Walter was a Treasurer of the Dutch Neck Presbyterian Church and charter member and President of the Princeton Lions Club. He was also an automotive dealer (of the Nassau-Conover Motor Company) and at one point head of the NJ Auto Motor Trade Association.[10] Moreover, Walter was a founding charter member of the West Windsor Volunteer Fire Company in 1921.[11] At the time of Rose's death in 1985, she was 97 years old and had the longest history of membership of the adjacent church. She was also a charter member of the Hightstown Order of Eastern Star (a Masonic fraternal order).[12]

After Rose's death, their Victorian house passed to their children but soon passed out of the family.[13] Still, despite its new owners, it retains its old-style charm and remains an architecturally-distinct fixture of the historic community of Dutch Neck.
Go to Dutch Neck
Bibliography