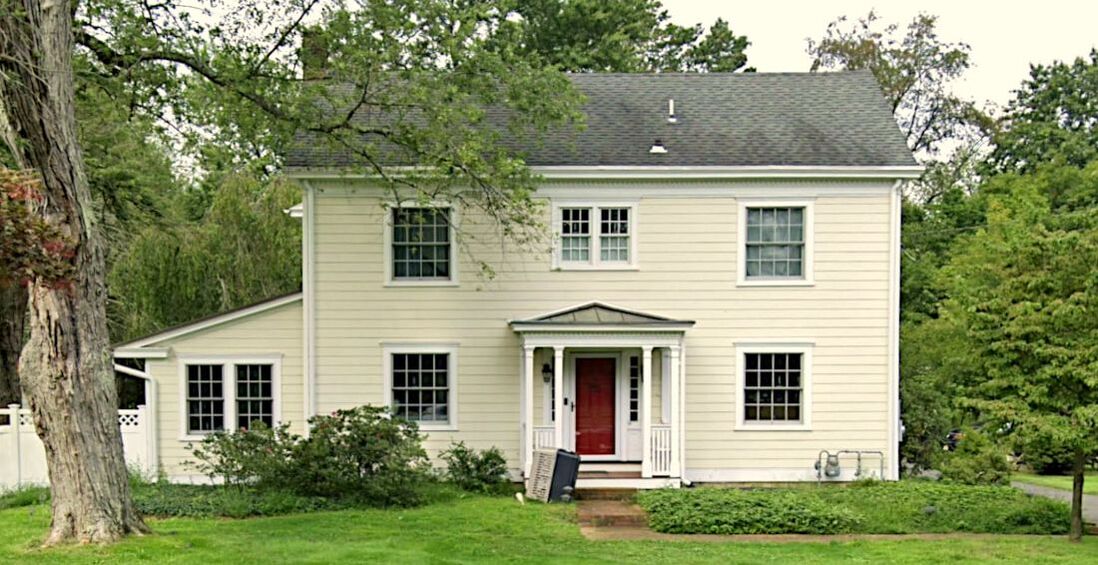 The Fred A. Robins house in August 2021.
Historical Overview
In 1965, Walter and Rose sold their home to Gardner Heidrick and his wife, Dorothy.[10] Four years later, the property was bought by the Lanahans, who lived in it until 1997. The property has since passed to other owners and in the 2010s its rear addition was significantly enlarged.[11] Like many nearby residences, the Fred Robins house still adds to the character of the historic Dutch Neck community.
Go to Dutch Neck
Bibliography