​   The Auxiliary held many fundraisers over the years. The first included chicken dinners, cooked in private homes and served in tents across the street from the Berrien City firehouse. Other fund-raising meals included ham, spaghetti and roast beef dinners. Strawberry festivals, rummage and bake sales, and indoor flea markets also attracted donors from time to time.

Eventually, bingo events started being held at the Berrien City firehouse, where the Ladies Auxiliary sold refreshments. The facilities of the firehouse were subsequently made available for private events and catered dinners. 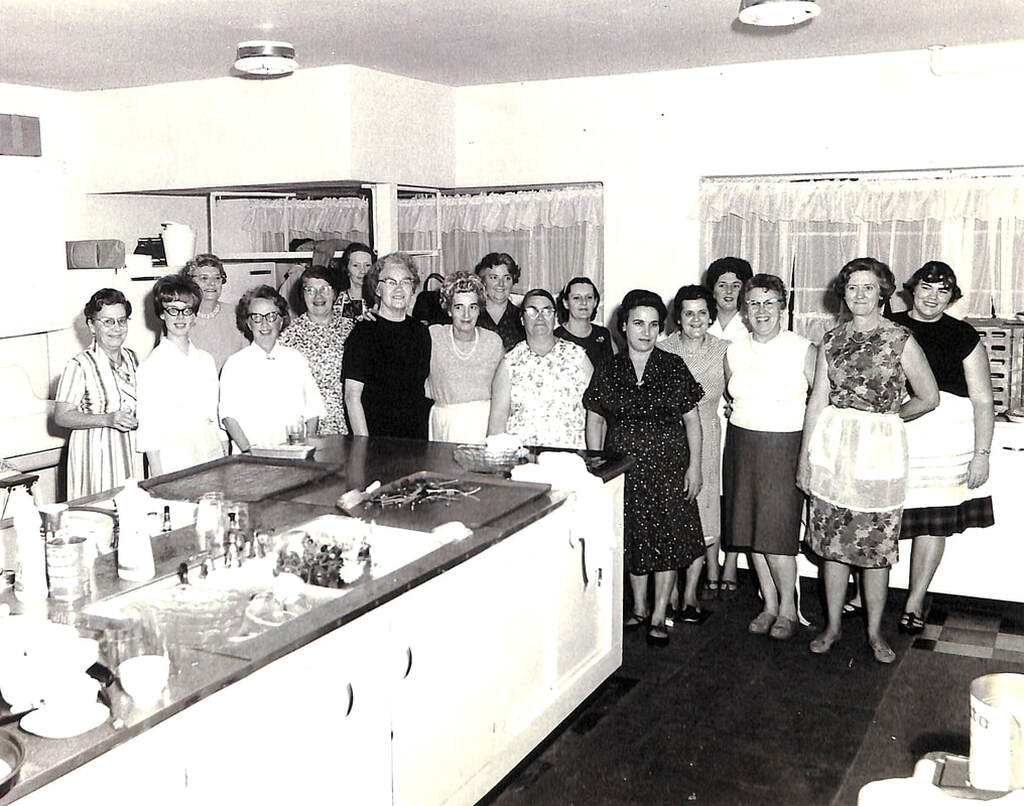 ​   The Ladies Auxiliary played an important role during emergencies. They provided food, hot drinks, and various other kinds of assistance during fires, floods, and other critical events. For example, when the Trenton Filtration plant needed assistance to provide a "Water life line" to the city, the Princeton Junction Ladies Auxiliary, along with the Mercer County Firemen's and the State Fireman's Laxies Auxiliaries, provided 450 roast beef dinners for the firefighters.

When people were stranded due to floods, storms, snow, etc., the Ladies Auxiliary provided shelter, food, and whatever else was needed until the emergency passed.

The organization was disbanded in the 1980s due to a lack of membership. Although it is no longer around, the Princeton Junction Ladies Auxiliary was a much-appreciated organization giving what they could in times of need. 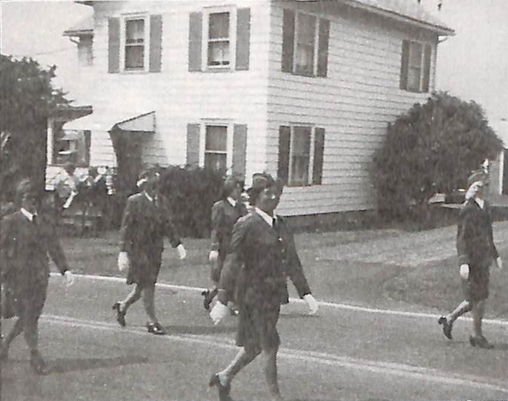 The West Windsor Ladies Auxiliary was formed to supplement the West Windsor Volunteer Fire Co. No. 1. Its purpose was to assist the firefighters by raising money to help with the mortgage, to decorate the firehouse, to help purchase uniforms and equipment, to provide refreshments and meals during emergencies, and to nurture a sense of community.

The Auxiliary participated in a myriad of fund drives for the construction of a new firehouse (in 1952) and paying its mortgage. throughout the years. In addition, money was gathered for various decorations for the firehouse and some uniforms for the firefighters. A kitchen was constructed in the building to assist with dinners and fund-raisers, and to rent for private events (such as wedding receptions). Moreover, the Ladies Auxiliary purchased tables and chairs for the firehouse as well.
​ 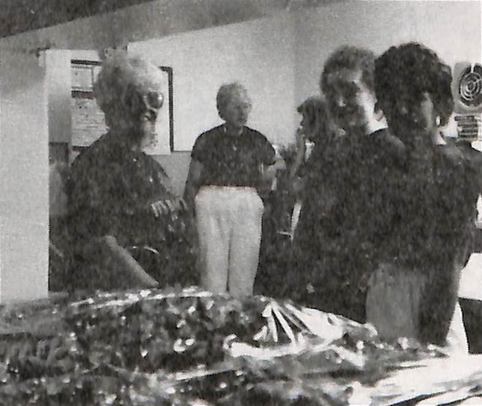 August 1990 annual Chicken Barbecue
At a fund-raising card party in the years immediately following World War II, chances were sold with nylon stockings - a rare commodity at the time - as the prize. These card parties supplied another source of income: advertising by local businesses, printed on the four corners of the card table covers.

In the 1960s and 1970s, the organization took annual bus trips to New York City, arranging for special programs for the meetings. In addition, annual pot luck suppers and square dances were held. Moreover, when local farmers hosted auctions, the West Windsor Ladies Auxiliary raised funds by supplying the bidders with refreshments.

Another notable event was the Fashion Show, which used clothing from a Hightstown store and for which a custom runway was built in the firehouse.

At some point, a "Clothing Club" was formed, where a catalog was offered to shoppers. The Auxiliary earned a small profit on each item sold. Buyers paid between 25 cents and 1 dollar each week to pay for the items they selected. In addition, at each monthly meeting, names of the purchasers were drawn, whereupon the winners received their purchase at whatever amount they had paid up to that week. For instance, if someone was in the process of purchasing a $10 dress, and their name came up after paying installments totaling $4, they received the dress for $4.

The Ladies Auxiliary has continued to work well into the 21st century, routinely raising funds year after year and perpetuating a sense of community.