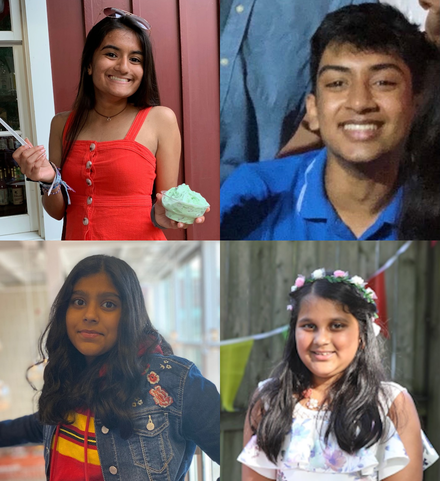 With the start of a (hopefully) better year - 2021 - we bring to you the students of WW-P, presenting their experiences of schooling during a pandemic. Adjusting their whole life to this unforeseen circumstance was not easy, and their stories reflect that. Being at school in person has always been a time for students to make lasting memories, but with COVID, it’s been difficult to do that. Presenting dialogue from members of the class of 2020, 2022, 2025, and 2028, join Megha Rastogi as we delve into schooling during a global pandemic.
Talking Points:

(On the changes in school)

Sanjana: School changed a lot - there’s less of a social aspect as we can’t see our friends…Another thing that changed was sports, which is a big thing for me. I was looking forward to playing lacrosse this year, and that won’t happen. Last March, spring lacrosse was canceled, which sucked because I prepared for it and was ready, and this year it probably won’t happen again.

(On spending her last year in elementary school virtually)

Mishka: It’s going to be such a big shock to see people that I haven’t seen in a year. Some of my school friends, I have no connection to them right now, and they aren’t going to the same middle school as me, so that (is disappointing).

(On the canceled Disney trip)

Anika: I think that is definitely one of the things that our administration did not handle properly at all. First of all, keeping everyone’s hopes until the last possible minute was not desirable. Especially the way that they handled the aftermath, seniors weren’t allowed to take the day off to be by themselves, or with friends, or basically mourn the loss of our senior trip; we were expected to be in school the next day…I think overall that situation was handled super poorly. I hope this year's seniors can make somewhat of a better trip, not Disney, but something at least.

​I thought about this for a while... all the teachers I had, cared. They cared about what they were doing - especially in this virtual environment. No matter how adept they were at using technology, they were learning with us. The situation was weird, but we were all learning together, and that’s a really nice feeling - it builds that camaraderie…Putting together this whole hybrid/virtual thing - that must’ve been a lot of work, and I appreciate that [the administration] all cared.