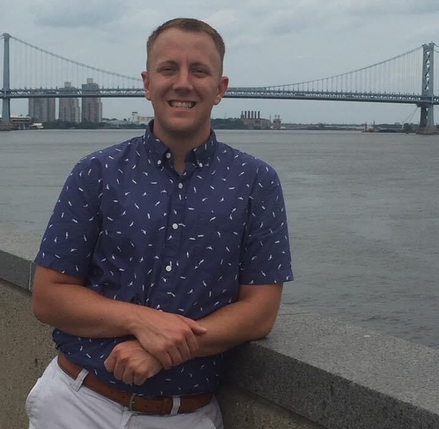 ​"Voices of West Windsor" is a joint project between the Historical Society and SR Mosaic to fill in the gaps in our records of our town's history. We interview contemporary inhabitants of groups not typically found in our archives so that future residents can get unique, well-rounded perspectives decades later - much like how our perspectives of old West Windsor were obtained through interviews of longtime residents in the past.

Music is a fundamental part of culture. It can inspire creativity, elevate discourse, and preserve history. However, music faces many challenges amid the COVID crisis. In this installment, Voices of West Windsor sits down with a Jason Verblaauw. As a middle school band director and high school Marching Band/Jazz Band director, he helps provide insight into these dynamics and more.
Talking Points:

(On the changes in school amid the COVID-19 crisis)

Teaching band and lessons online has its struggles, but I’m the kind of person (who thinks about solutions) instead of getting sad about the fact that I can’t be in the band room conducting and actual ensemble or something like that. We’ve kind of gotten used to the routine of things now that we’ve been doing it for the past couple of months… the most dramatic change for me was marching band, because it’s so weird for me to not have that right now. I’m so used to my whole life revolving around marching band because there’s so much planning. This time last year, we were literally planning the show for the following year, and it’s weird to not be doing that right now.

(On WW-Ps response to music)

think this district is one of the best ones for music education in New Jersey, and I’m lucky enough to be part of it. I really enjoy working with the many teachers across the district every day, and the students! There are so many out there that look for opportunities to perform… it’s incredible to see how many musicians there are in this district, band, choir, and orchestra. I think the district has done a great job supporting it too.

peaking from my experiences, there are so many opportunities. Even outside of performing, just exploring the real world. When I was in high school, I got to perform in Scotland, and it was so cool [describing the places I’ve gotten to perform at]. As far as inspiring to go further, for me, it was finding new music and listening to music of all genres. Finding something new to listen to and saying “can I play that on my instrument” or pick up a new instrument. Last year, we tried a Brass Band. That was new, and every week people were inspired to pick up something new and we had to work with what we had, and it was insane, in a good way! You’re never too old to learn an instrument. Never, never, never. It’s never too late! I’ll find a new instrument every once in a while and just try to learn it myself. That’s another way you grow, with a new instrument in your hands, whether you can make a good sound or not. Eventually you will.