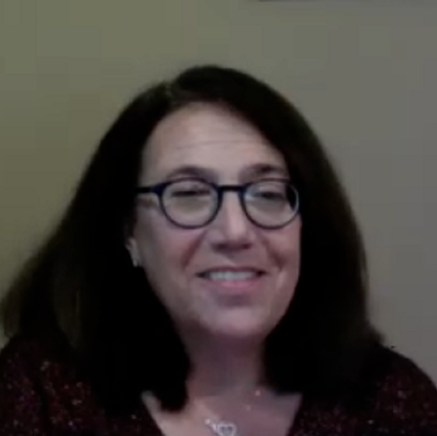 Although West Windsor is affluent, that doesn't mean that food insecurity doesn't exist in our town. Melissa Hager is an organizer of Send Hunger Packing and the Little Free Pantry. The former is an effort to help support meals for underpriveleged schoolchildren in West Windsor-Plainsboro; the latter is a physical micro-food pantry set up for the hungry in our town. This Week, Voices of West Windsor interviews her about these efforts and their heightened necessity during a period of social and economic insecurity.
Talking Points:

(On the history of Send Hunger Packing)

"When people drive through West Windsor or look at the statistics, they think it's a community where there aren't families in need... But the population here does have one. For a few years I had been supporting Princeton's "Send Hunger Packing" program, but I asked myself, "why not West Windsor?" After conducting research, it was clear that there were hundreds of families that might need a program like this. So (after collaborating with Mercer Street Friends) and meeting with the superintendant with the West Windsor-Plainsboro school district, I (and a few other folks) raised enough money in 2017/2018 to start the program. The need has only increased as time has gone on.

Last summer, as those numbers were rising, Doreen Garelick said "why not have a Little Free Pantry?" Similar to the Little Free Libraries in the town, a Little Free Pantry seemed like a good idea - so the West Windsor Arts Center let us install one in front of their building. Fast forward to January/February, and (the need for such a pantry  was only exacerbated with the looming threat of COVID-19).

What we learned (when handing out grocery cards) is that there were people who were asking for help who never thought they'd be coming through."

(On the benefit of socioeconomically integrated housing)

"That's what makes West Windsor such a warm place. (Because of the integrated environment) I don't really think my children ever thought of status - it was never in their minds. In contrast to other places in which I lived, I didn't see that here. And that's remarkable."

(On Send Hunger Packing's metrics of success, from her point of view)

"My metrics of success are that after the first year of two, we get feedback from guidance counselors and teachers that it was making a difference. And once we knew it was making a difference we knew the students who were able to come to school were able to come and do their schoolwork... This is not a new program; it had been in other places so we knew this would be a good program (for West Windsor). We want to make a difference in a nice and understated way. In terms of Little Free Pantry, we know that food is taken out/put in. The model is 'Take what you need' and it works!"