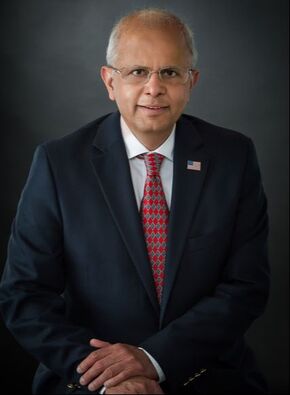 What better way to wrap up Voices of West Windsor, a survey of our town over the past year, than with an interview of Mayor Hemant Marathe – let alone 224 years to the day after our first township government officials were elected? In this final installment, we interview Mayor Marathe on his experiences as a township resident and leader, and West Windsor’s past, present, and future.
Talking Points:

(On his experience as a School Board member)

"The school board was growing rapidly in 1994 (when I moved here). We managed to grow effectively and with the quality expected. The school district has long been wonderful due to the administration and the teachers. I served on the school board from 2001 until 2013. I remember our students winning the National Science Olympiad in Illinois twice. It was a big achievement for our school as we competed against 50 states. And we were pitched against Georgia who was a 9-time winner. It was a commitment from a single teacher who believed in the students and the students themselves. Our school district has had a better overall performance in many aspects – music, arts, academics. Even sports we have been able to put a decent show. "

(On the most significant changes in West Windsor today)

“As Mayor I want to develop more commercial and business opportunities to ease the tax burden on residents. On this vein, I was never in favor of developing a housing community in the American Cyanamid/Howard Hughes/Atlantic Realty tract.

I have been working on multiple projects in the past three years that have come to fruition that should, in the next several years, help boost commercial and business property development. I am also happy with our management of affordable housing developments. We were able to develop projects that will be beneficial to the township's residents and other parties without affecting the community's character. Currently, two projects are under development and are nearing completion. Hopefully soon, the county will help develop Route 571 into a 3-lane road, which will ease traffic buildup."