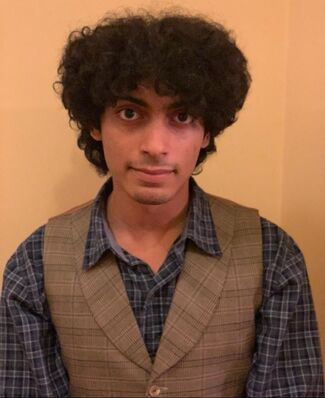 Music has been used to pass on history since before the era of the written word and is still arguably the best way to spread culture. Meet Akshay Tiwari, a high schooler dedicated to bringing the world to West Windsor’s doorstep through the orchestra he directs - Colors of Culture. Join us as we discuss the importance of the arts on our students and our town and the significance of our open space.
Talking Points:

(On Colors of Culture)

"What we do is that we bring folk music to the forefront of West Windsor and Plainsboro. I think we would be classified under both entertainments because of course music is entertainment, but also a sort of education, a form of education. Something I like to make sure of in each performance is introducing where each piece is from. What I hope will happen is what happened to me when I first started listening to folk music; someone in the audience could listen to something and they like it and they recall the culture it came from, and then do their own research, and are open to a whole world of music they didn’t know existed before."

"I would like to see the arts be supported more…it’s not the first thing you think of even though we’re so good at it. I want to see more open support, and a more open playground for young musicians and young artists who are pursuing these careers…I would like to make sure that in the next 30 years we preserve [nature], rather than succumb to mass urbanization and suburban sprawl."