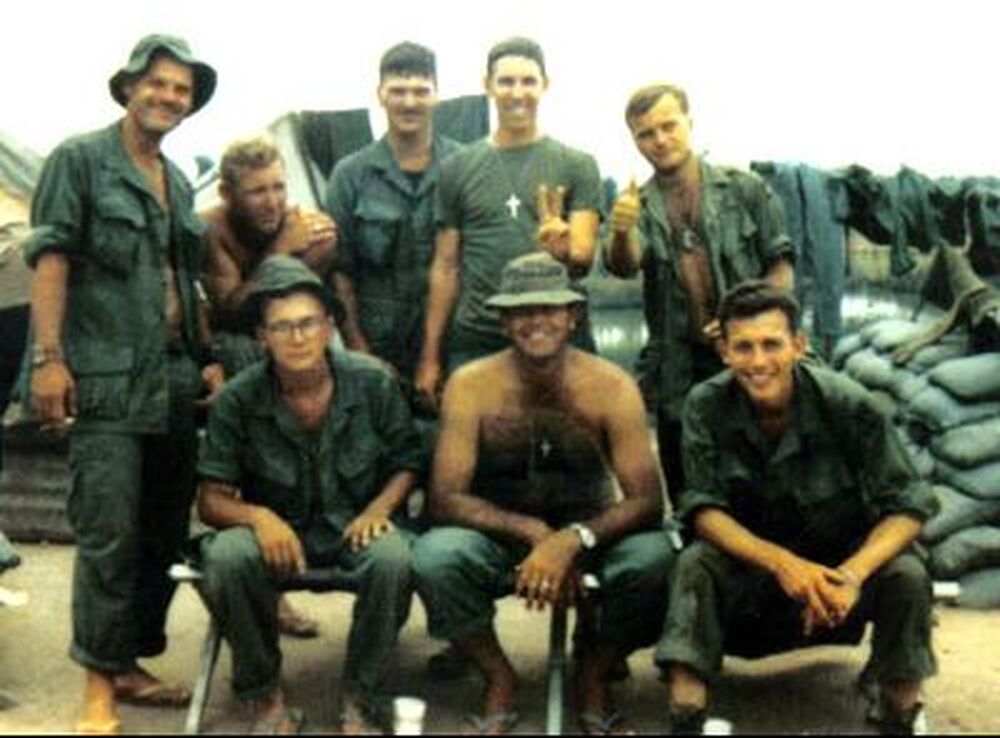 The Vietnam War marks one of the darker chapters in both American and world history. Although the conflict is seen as beginning in 1955, the United States would not initiate combat until 1965, the conflict had its roots as early as the 1800s, during the French colonial period. Having had their country subjugated by this European imperial power since 1887, a number of Vietnamese, including Ho Chi Minh, began pushing for independence and Communism in 1941, during World War II.

Fourteen years of resistance and combat would lead to the ousting of French forces in 1954, after the battle of Dien Bien Phu, whereupon the United States, then led by  Dwight Eisenhower, would push for South Vietnam’s primacy, under the fear that the fall of the country would lead to a communist takeover of Southeast Asia – AKA the “Domino Theory.” Eleven years later, on March 8, 1965 3,500 United States Marines would enter Da Nang, signaling the start of over a decade of combat.
​
Over the course of the US’s twelve-year engagement in the Vietnam War, New Jersey sent more than 212,000 of its men overseas to fight for American cause in Vietnam. New Jerseyans of all stripes fought on every front, in every role. They patrolled the rice fields and the jungles, they flew helicopters and planes, they rode in boats and tanks and all manner of vehicles. As part of an army that would ultimately number around 2.7 million active duty troops, New Jerseyans held their own and did their part. So too did those in Mercer County who answered the call.
​ 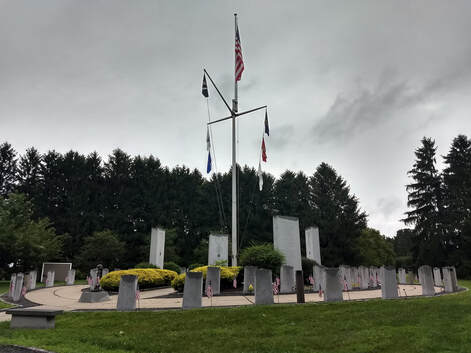 The Mercer County Vietnam Veterans Memorial is situated at the southern border of Mercer County Park, near the intersection of South Post and Old Trenton Roads. The site is far removed from the bustle of the adjacent avenues, tucked away in a small artificial grove. Though the area is occasionally filled with the sound of cheering from the sports fields that dot Mercer Park, it is a tranquil place for quiet walks and meditation.
​
The construction of the memorial is simple and stark. Granite obelisks arranged in two concentric circles around a flagpole bear the many flags of the service branches of our military. The names of the fallen are carved into these sculptures, along with commemorations and citations of bravery.
​​
​ 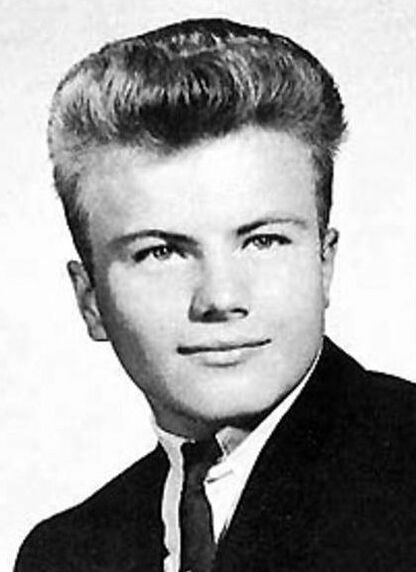 Thomas Roy Grover, son of Florence and LeRoy Grover, was born on the Grover Farm in Dutch Neck on the 22nd of August 1946. He grew up on his family’s farm along Village Road East, helping his parents with the harvest and attending high school at Princeton High School. The summers there were long and busy with all the trappings of farm life.  As a childhood friend recalled, “The air was always scented with the smell of the earth as potatoes were being dug, the smell of tomato vines when the picking was on, or of wheat from the combines.”
When asked to serve, he readily gave himself to the cause, and began his tour in Vietnam on the 4th of May 1968. Grover assigned to the army as a Specialist Class 4. He was deployed to the 3rd Infantry Regiment, 199th Separate Light Infantry Brigade, 2nd  Battalion, Company D.  His service history is currently unavailable but will be added here pending a request to the National Archives Office in Illinois.

The details of his death, for which he was posthumously awarded the silver star, among the highest honors a soldier can receive in the US Army, are taken directly from his Silver Star Citation. This citation is reprinted in its entirety below:​
"The President of the United States of America, authorized by Act of Congress July 9, 1918 (amended by an act of July 25, 1963), takes pride in presenting the Silver Star (Posthumously) to Specialist Fourth Class Thomas Roy Grover (ASN: US-51978915), United States Army, for gallantry in action while engaged in military operations involving conflict with an armed hostile force on 2 February 1969, while serving as a member of a night ambush patrol with Company D, 2d Battalion, 3d Infantry Regiment, 199th Infantry Brigade (Separate) (Light), in the Republic of Vietnam. On that date the night ambush patrol came under intense enemy fire from a concealed enemy force. Specialist Grover immediately and unhesitatingly left his relatively safe position and entered an exposed area where most of his comrades were located in order to provide suppressive fire and direct them to safety. Only after his comrades reached a safe area did he seek cover for himself, and while moving to another location he was fatally wounded. His unselfish actions contributed significantly to the defeat of the enemy force. Specialist Fourth Class Grover's valorous actions and devotion to duty, at the cost of his own life, were in keeping with the highest traditions of the military service and reflect great credit upon himself, his unit and the United States Army."
​
(General Orders: Headquarters, II Field Force Vietnam, General Orders dated March 13, 1969)
​ 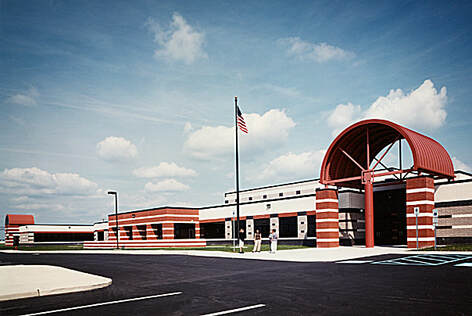 Thomas’s body was recovered and buried at the Presbyterian Cemetery in Dutch Neck. Every year, a rock is placed on his headstone, much like the rocks placed on the obelisks in the Veterans Memorial to mark a visit by someone paying respects. He is further memorialized in West Windsor by Thomas R. Grover Middle School, which bears his name.

A childhood friend, credited only as “Mike,” had this to say about Thomas on the Vietnam Veterans Memorial Fund website:
​
"I was a childhood friend of Tom's. We both grew up in a small town just outside Princeton, NJ. It was a small village, Dutch Neck, surrounded by numerous farms growing potatoes, tomatoes, corn, wheat and soybeans. Tom grew up on his family's farm just about a half mile from the center of Dutch Neck. He lived on Village Road East. During the 50's and early 60's when we were growing up, the area was virtually unchanged from the 30's and 40's when our parents grew up there. It was a close community; everyone knew everyone else. Summers were long and the farms were bustling with activity all season long. The air was always scented with the smell of the earth as potatoes were being dug, the smell of tomato vines when the picking was on, or of wheat from the combines. In the middle of all this, Tom always helped out on the farm. Tom had a wonderful family... some especially nice parents. One year his mother was Den Mother to our Cub Scout pack. It was always fun to go to the farm... a great house and a very welcoming home. My first ride on a school bus was the short ride from the Dutch Neck school to the end of the long lane up to Tom's house. Tom was a friend I saw almost every day through grammar school... and occasionally when we moved on to different high schools. I didn't see much of Tom after that, but I didn't have to... he was always there, he was part of home itself. Until of course, the day I was told he'd been killed in Viet Nam. The war became very real and personal for me that day. How tragic that such a nice person, from such a nice family would have to die so far from the farm on Village Road East. But he did and I am sure the people who knew him over there would agree with me that Tom was truly one of the nicest people you would ever want to meet. Rest in peace Tom.
​
A short P.S. - I just learned that a middle school is being built on Village Road East in Dutch Neck very close to Tom's family farm. It will be named the Thomas R. Grover School in memory of a fine friend.” 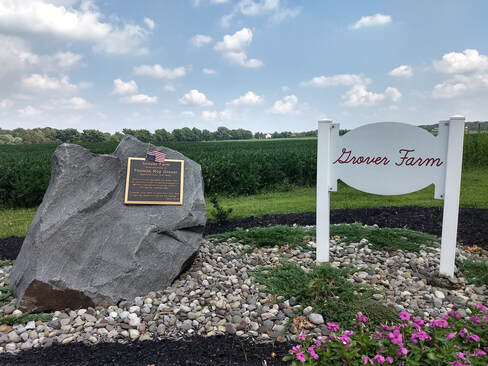 United States troops would continue fighting for another four years until a ceasefire was declared in 1973. The Vietnam War would continue for two years further, officially ending with the fall of Saigon, the capital of South Vietnam, on April 30, 1975 – nearly seven years after Thomas R. Grover left his sleepy bucolic town to join combat on the other end of the planet. By the end of the war, millions of people would be killed (including 58,318 from the United States and millions from both North and South Vietnam), and four United State presidents – Dwight Eisenhower, John F. Kennedy, Lyndon Johnson, and Richard Nixon – would oversee one of the country’s darkest and most unsuccessful foreign campaigns. Vietnam itself would struggle for years further under Communist rule, and although quality of life in the country has improved since the 1970s, the nation remains scarred and divided.

In 2019, many long-time residents of West Windsor still remember Thomas R. Grover, who died at the age of 22, as a young, optimistic farm boy. To this day, the farm upon which he grew up continues to operate, although his family no longer owns it. At the entrance to the property, off Village Road East, stands a large boulder attached to which is a plaque commemorating the soldier. Installed by the Friends of West Windsor Open Space, the plaque rests next to a flagpole bearing both the American flag and the POW/MIA flag, commemorating American prisoners of war and those who have gone missing in action. This plaque, the school after which Thomas R. Grover was named, and other residents who served in Vietnam continue to serve as reminders of West Windsor’s involvement in one of the darker chapters of American history, worlds away.