West Windsor has been home to more than a few artists. One historic figure was Rex Goreleigh – an influential Black painter who founded seminal institutions across the country and inspired generations of creatives.​ 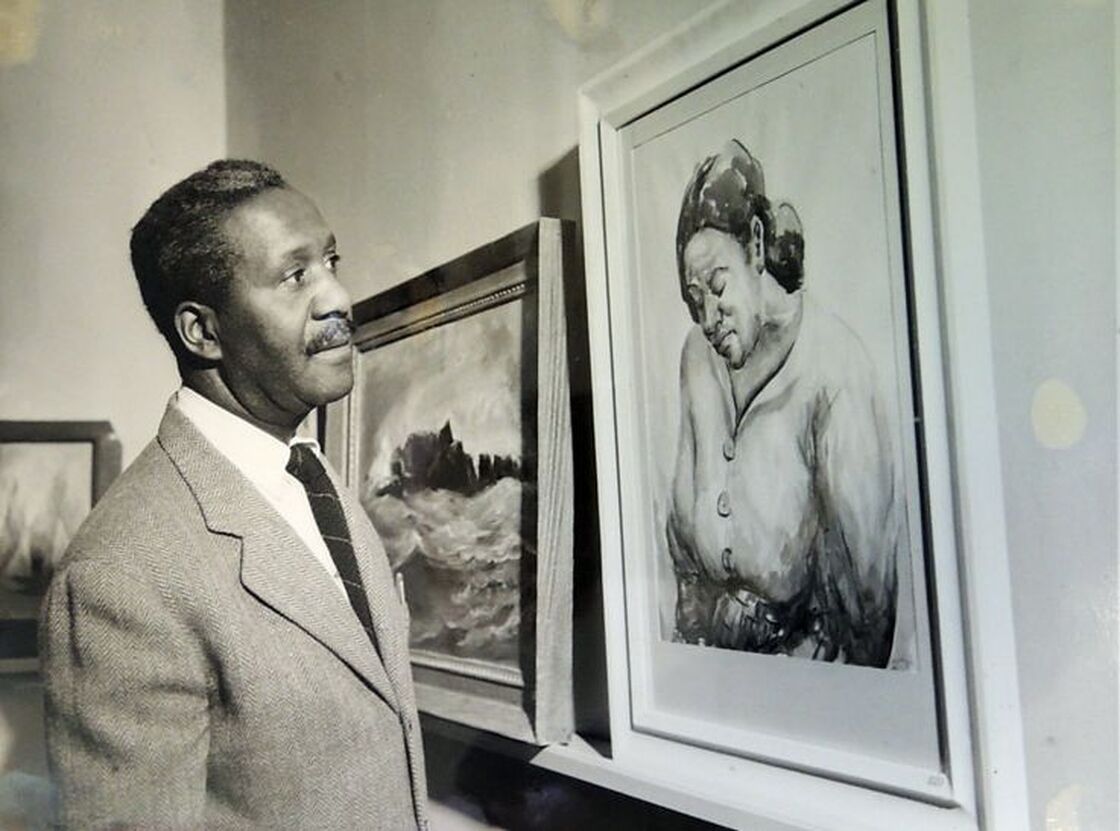 Rex Goreleigh in 1952 at a Princeton Group Arts show. From the New York Times 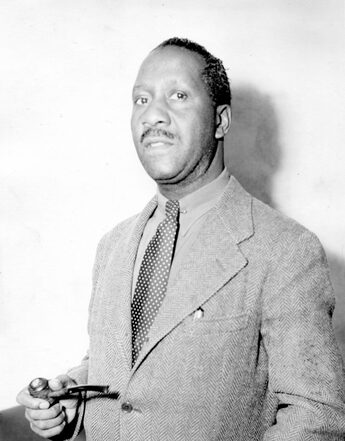 Rex Goreleigh was born in Penllyn, Pennsylvania in 1902. As a child, he used art to cope with a speech impediment. This became especially important after his mother’s death orphaned him at the age of 15 in Philadelphia. The next year, he moved to Washington DC.

In 1920, Goreleigh moved to New York to study acting at the Lafayette Theater in Harlem, amid the Harlem Renaissance. He starred in plays such as “Harlem,” by Wallace Thurman and William Jourdan Rapp about a family moving to the city during the 20th century’s Great Migration. There, he was exposed to the Harmon Foundation’s exhibitions of African American works, inspiring him to continue following his artistic aspirations.

Goreleigh began exhibiting his work by the 1930s. He took courses at the Art Students League, which he paid for with his job as a waiter. In 1933, he happened to serve Diego Rivera, the legendary Mexican artist, who invited him to observe his work on the murals for Rockefeller Center. The next year, Goreleigh joined the Works Progress Administration (WPA) and began instructing at Harlem’s Utopia House and YMCA. There, he met prominent African American artists Romare Bearden, Jacob Lawrence, and Charles Aston, and WPA muralist Ben Shahn. 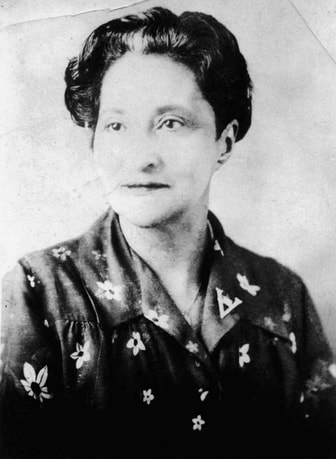 In 1936, Goreleigh toured Europe and studied in France, Germany, and Finland. Goreleigh recalled that although he “stuck out like a sore thumb,” he felt more welcome there than in his home country. He came back to the United States later that year and was chosen by the WPA as one of a handful of Black artists to found community art centers across the country. After a brief return to the Harlem YMCA, he left for Greensboro, North Carolina where he established an art center with Norman Lewis. It was around this time that he also met Martha Josephine Oxford Sebastian, whom he married in 1938. She passed away ten years later.

In 1940, Goreleigh moved to Chicago, directing the South Side Community Arts Center - the only WPA community center still in operation in 2021. There, he worked alongside prominent figures such as Margaret Burroughs, Charles White, and Eldzier Cortor. Goreleigh was also an art coordinator for the Schreiner-Bennet advertising agency. It was around this time that his watercolors were shown in two influential exhibitions: the 1939 Baltimore Museum of Art’s Contemporary Negro Art, and the 1940 Exhibition of the Art of the American Negro held at Chicago’s Tanner Art Galleries in cooperation with the American Nego Exposition 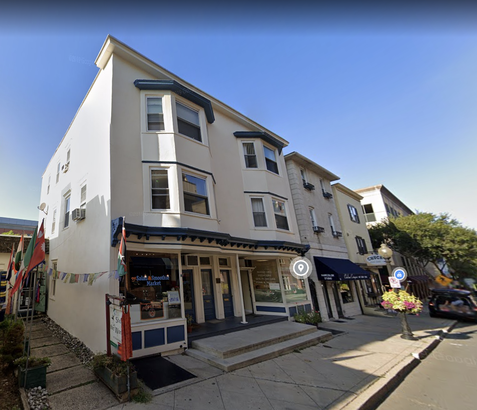 Goreleigh’s success in Chicago led to his recruitment as the first director of Princeton Group Arts (PGA) in 1947, amid an era of racial segregation in the city. The PGA, based out of the still-standing building at 8-12 Spring Street (historically part of Princeton’s Black community), aimed to bridge racial and religious divisions in the area through visual and performing arts. It was founded in 1946 by Princeton University faculty, members of local Jewish and Quaker communities, and prominent residents such as Albert Hinds and welcomed about two hundred students each week. The PGA also served as a test bed for the “Princeton Plan” which integrated its public schools a year later. According to a 1952 article in Jet magazine, “In Goreleigh’s classes, it is commonplace to see Negro automobile mechanics discussing techniques with debutantes.”

Goreleigh served as the PGA’s director until April of 1954, when a lack of funds led to its closing later that year. When the Princeton program closed, Goreleigh wrote a letter to the editor at the local newspaper, which said in part: “My reward: memories of the patter of toddlers’ feet; their utterings and excitement amidst paint, clay, toys, music, storytelling; their expressions of amazement at a newcomer, and their eagerness to return after the closing of each session. The after-school children, free from classroom routine, coming into the workshops, giving vent to their youthful exuberance and artistic effusions.” 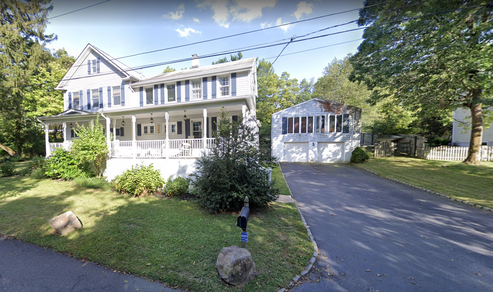 In 1955, Rex and his wife Estelle purchased the house at 8-10 Canal Road in West Windsor, near the intersection of the Delaware & Raritan Canal and Alexander Road. Goreleigh established his own workshop called “Studio-on-the-Canal,” teaching students of all ages a variety of arts and crafts. Many went on to form their own studios and teach others.

His house also had (and still has) another distinction - as one of the only remaining original buildings of the mid-1800s community of “Princeton Basin,” which was centered around the intersection of Alexander Road and the D&R Canal. This house, possibly dating to 1842, once belonged to Scott Berrien, one of Princeton Basin’s most prominent residents. His son, Alexander Lawrence Berrien, was the architect of West Windsor’s first planned community: Berrien City, by the train station. 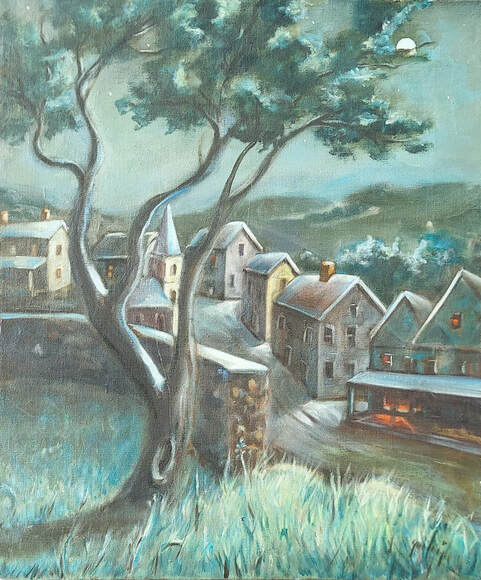 Goreleigh also directed the arts and crafts program at the Roosevelt Public School in 1955-6 and later taught at the Princeton Adult School, in the Trenton School District, and at the Neuropsychiatric Institute in Skillman. He continued his own education while in Princeton, earning a bachelor’s degree with honors from Rutgers University at the age of 73. In 1966 Governor Richard J. Hughes named him a member of the State Council of the Arts.

In the 1960s and 70s, Goreleigh was known for his paintings of migrant farm works in central New Jersey, depicting their everyday lives and nuances. West Windsor itself was home to quite a few migrant workers, who came during the warmer seasons, typically from southern states, to harvest crops on local farms. He also painted local scenes, such as a Port Mercer, a historic West Windsor community at Quakerbridge Road and the D&R Canal. In fact, another of his paintings, from 1967, was called “Quaker Bridge Road.”

In 1973, Goreleigh exhibited at the National Center for Afro-American Artists and at the Studio Museum in Harlem. In 1976, eight of his works were in a Princeton University Art Museum exhibit called “Fragments of American Life.” This same year, a newspaper lists him as the executive director of the Regional Branch of the Association for the Study of Afro-American Life and History. In 1980, the New Jersey Historical Society featured him in a solo exhibit.
In 1978, Goreleigh and his wife Gertrude (Estelle had passed away in 1965) sold his Studio-On-The-Canal after having run it for 23 years and moved to a senior living facility nearby. His studio was sold to a succession of families who have used it as a private residence ever since.  Rex Goreleigh’s life ended in tragedy when, in 1986, a fire broke out in his residence. He is remembered by many locals for his contributions to art, integration, and community. 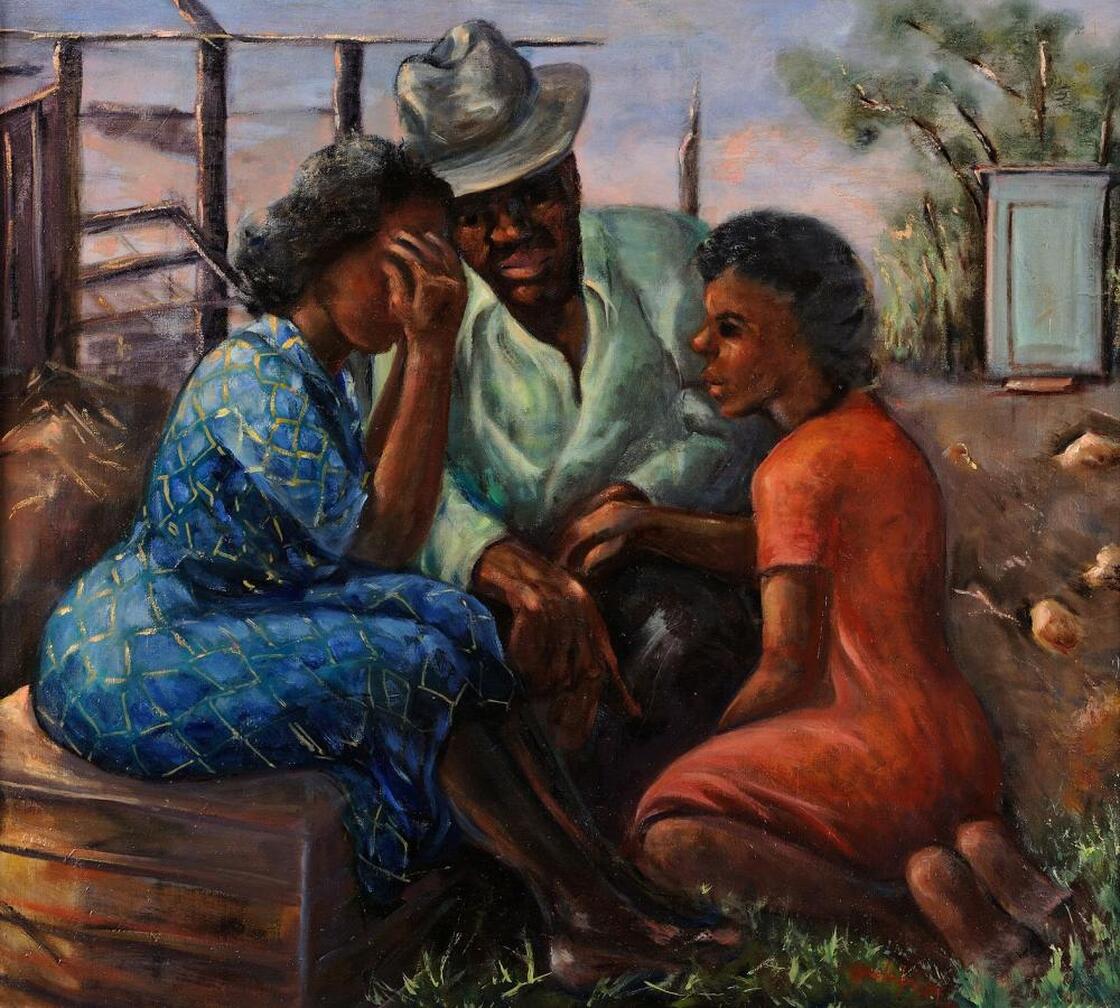