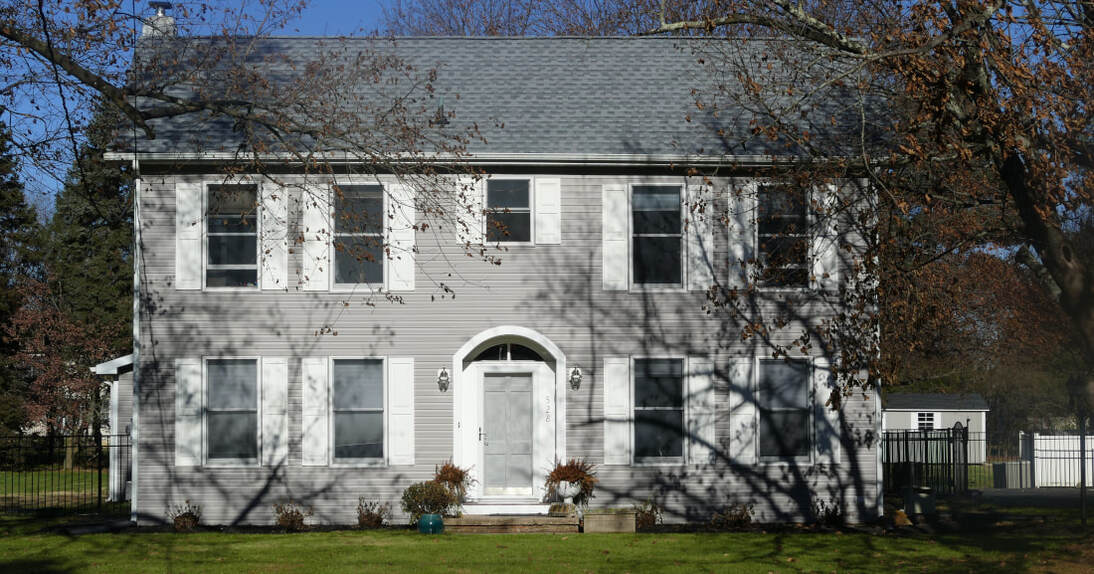 Ayers-Smallbone House
Historical Overview
Wyndham died in 1948,[27] and soon after Alice passed in 1957, the house was sold[28] and moved to its current location at 528 Village Road West.[29],[30] The Dutch Neck Presbyterian Church acquired the house's former site off South Mill Road in 1958[31] and built its Christian Education Building and associated parking lot in 1965.[32] Meanwhile, since being moved to its current location by Lester Reed, the relocated Ayers-Smallbone house passed through the Reed family over the decades.[33] However, the building has since found new owners. It remains at its "new" location, but still as an old landmark with centuries of underlying history.
Go to Dutch Neck
Bibliography