THE HISTORICAL SOCIETY OF WEST WINDSOR

The Story of West Windsor

NOTE:​ After reading this page, check out our extensive "Special Historical Topics" and "West Windsor's Villages" web pages to dramatically deepen your understanding of the town's context and development!
Pre-History
​

A large tree in Tatamy's Swamp, named after an indigenous resident.
West Windsor’s origins date to well before European colonization. Following the end of the last ice age, retreating glaciers revealed a vast, scoured landscape. Thus uncovered, this area was settled by the locality’s earliest recorded inhabitants: the Lenni Lenape.

Populating an area including the entirety of New Jersey and some of New York, Pennsylvania, Delaware, Maryland, and Connecticut, the Lenape (also known as the “Delaware”) were an idigenous society composed of numerous sub-tribes. The one most relevant to us were the Assanpinks. Although long-gone following migrations in the eighteenth and nineteenth centuries, their memories linger in the area through early documents, artifacts, and the local topography – most notably the “Assunpink Creek.”
​European Settlement
​ 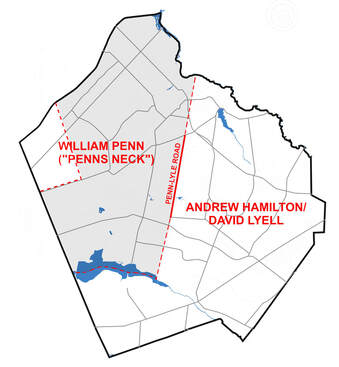 This map shows major 1690s land ownership.
​   Giovanni da Verrazzano’s 1524 exploration of New Jersey’s coast proved a portent for later developments. Starting in the early 1600s, predominately Dutch settlement in New Jersey saw the colony’s first regular “New World”-“Old World” interactions. But in 1664, the fate of “Nova Caesarea” changed forever, upon the takeover of the colony by the English. Roughly three decades later, the first large land purchases in what would become West Windsor – by William Penn (famed Quaker founder of Pennsylvania), David Lyell, and New Jersey governor Andrew Hamilton – began to define the boundaries of our township. Penn-Lyle Road, built along a division line that separated these parcels, still memorializes William Penn and David Lyell, after whom it was named.
​
Acquisition and Formation 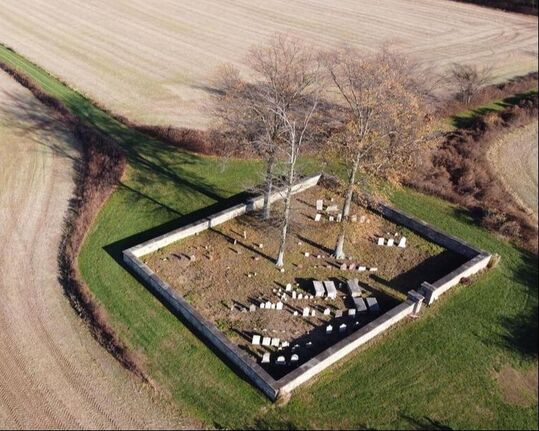 The Schenck-Covenhoven cemetery is a mid-1700s remnant of WW's first large wave of settlement.
Although West Windsor’s very first settler has not yet been identified (research is ongoing), by the 1730s (and perhaps as far back as the 1690s), a few individuals called the area home. In 1737, several land purchases saw the establishment of two of West Windsor’s historic communities – Dutch Neck and Penns Neck. However, there were also several other hamlets – Clarksville, Edinburg, Grovers Mill, Aqueduct Mills, and even much of Princeton.

Yes, Princeton. In 1730/31, “New Windsor” township was informally established, encompassing virtually all of present-day West Windsor, East Windsor, Robbinsville, and Princeton (southeast of Nassau Street). A community reliant on farming (and in some cases, slavery), New Windsor – officially incorporated in 1750/51 as “Windsor Township” - flourished due to fertile soil and access to larger cities such as Trenton.
Nineteenth Century Developments
​ 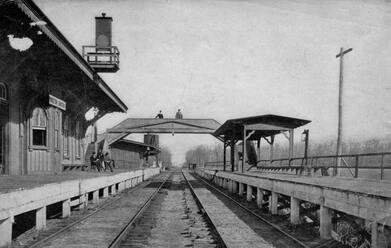 The Princeton Junction train station c. 1870s.
In the ensuing decades, major transportation arteries arose to supplement colonial byways. In 1804, the Trenton-New Brunswick Turnpike (Route 1) was chartered. The Delaware & Raritan Canal opened for intrastate commercial trade in 1834. And in 1839, the Camden & Amboy Railroad opened a branch in town along the canal, connecting West Windsor to a statewide system. These led to the establishment of yet more communities – Princeton Basin and Port Mercer – and further local growth.

Princeton split from West Windsor after land annexations in 1843 and 1853 shifted our community’s western border to the canal. The town evolved further following the 1863 relocation of the railroad to its current route (now called the Northeast Corridor). While this spurred the economic decline of the canal, it prompted the growth of another West Windsor community - Princeton Junction – around the train station.
Twentieth Century Expansion
​ 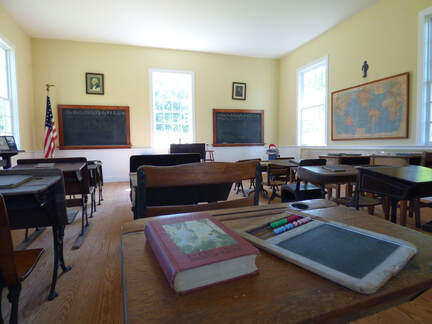 The Schenck Farmstead's schoolhouse shows where classes were held before 1917.
In 1917, Dutch Neck and Penns Neck Schools replaced the small schoolhouses that had served West Windsor’s youth for centuries. Berrien City, our town’s first planned development, rose just south of the train station in the 1920s. And concurrently our two volunteer fire companies were also established.

From the 1920s-50s, municipal government expanded to feature more specialized positions and respond to population growth – from around 1,400 residents in 1920 to 2,500 three decades later. Zoning and Planning Boards were established, a Master Plan was adopted, and the first mayor took office as leader of the centuries-old Township Committee. Amid this period, West Windsor entered the national limelight during Orson Welles’ 1938 “The War of the Worlds” broadcast, which pinpointed Grovers Mill as the site of a Martian landing.

Following World War II, several suburban developments rose among the farmland and population grew. In response, in 1969, the West Windsor-Plainsboro School District was established, replacing the old township district set up in the late 1820s. Maurice Hawk and High School South opened in 1964 and 1973 (respectively), and in 1977 the old Town Hall in Dutch Neck was torn down, replaced by the current municipal center on Clarksville Road.

But the most dramatic change was yet to come. Between 1980 and 2000, West Windsor’s population surged from ~8,500 to ~22,000 residents. The town’s formerly agrarian identity transformed dramatically into suburbia. Its government restructured in 1993 to a nonpartisan Mayor-Council format. And its demographics evolved, seeing dramatic ethnic, racial, ideological, and religious diversification.
​West Windsor Today
​ 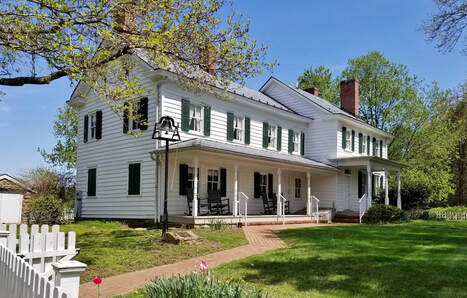 The Schenck Farmstead still stands today, bridging the gap between the present and centuries of WW history.
Unfortunately, a byproduct of this population expansion was the loss of historic farmland and dozens of centuries-old dwellings. Yet still hidden among all this recent growth are hundreds of sites, remnants from our predecessors. While West Windsor in today is a thriving suburban municipality of tens of thousands of residents with a dramatically altered identity, its unique history and rich heritage are still visible, evoking the stories of centuries past.