"Research papers which I have that cleared the property of false liens indicate that Charles L. Dey and Thomas Mulvey had the property from 1935 on. Rick and Kevin Dey, grandsons of Charles, told me that they were told that the house was moved up Rabbit Hill Road and placed on the foundation of a burned out cider mill by their grandfather. At that time, Rabbit Hill Road was a dirt road  and the move took a week to accomplish using one horse and multiple block & tackles. Since I bought the house from Tom Mulvey, I assume that the photo (below) with the woman and 2 children must be Mrs. Mulvey and their 2 kids."​
​ 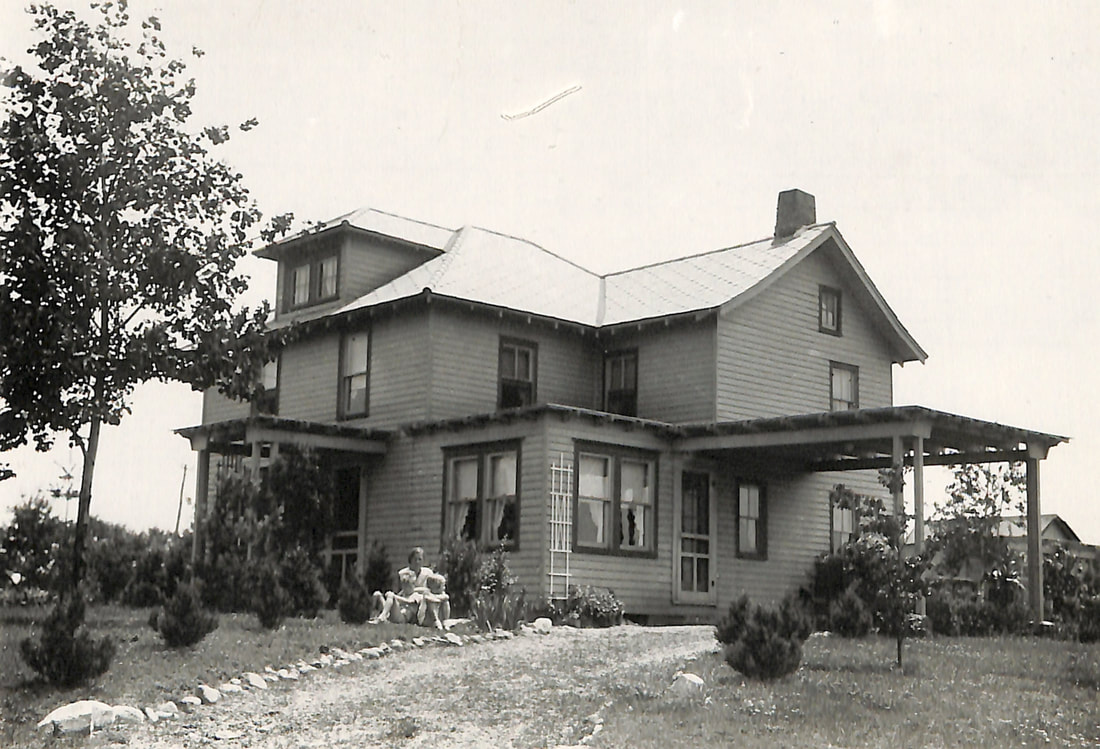 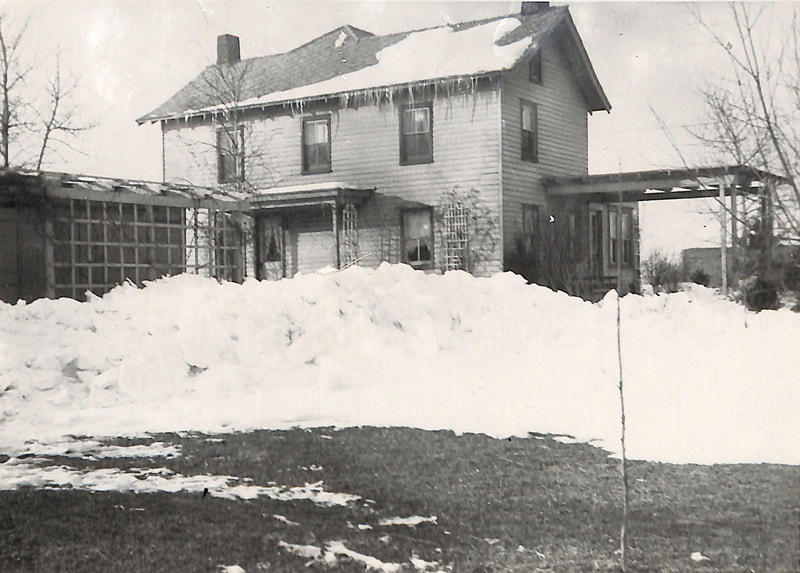 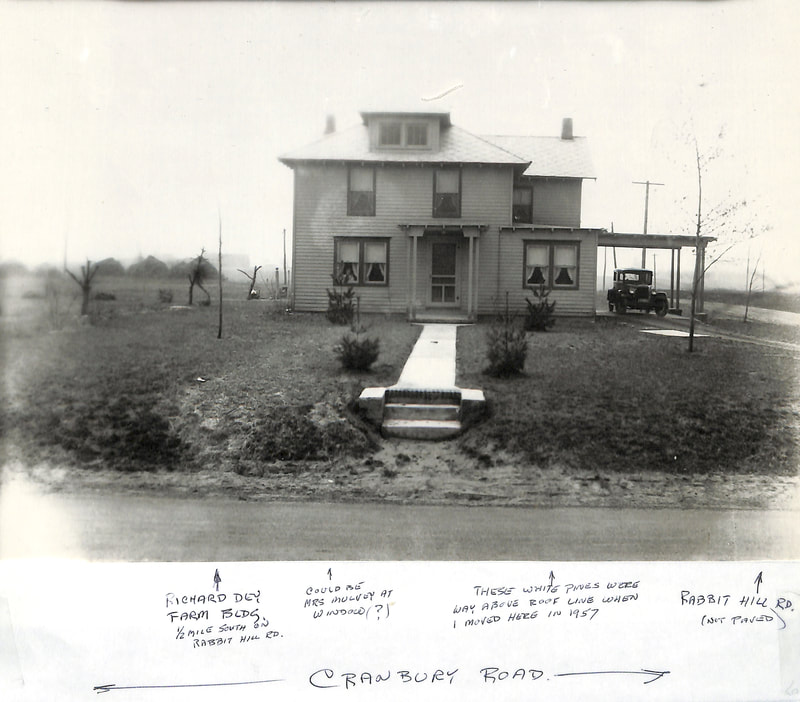