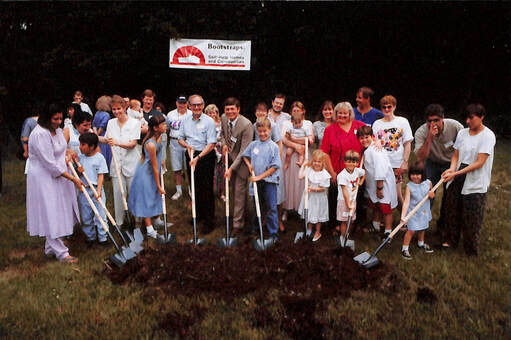 Starting around 1980, West Windsor's population began to skyrocket as suburban development encroached upon a once solely-agrarian township. By the turn of the 21st century, the township was home to almost 22,000 people - a significant leap from the 8,542 that lived in the township in 1980. Developers, looking to make their mark (and money) built massive housing complexes, inviting suburbia into West Windsor.

However, one housing project in particular was different. Dubbed "Boostraps," this small neighborhood sits just east of The Castle on Bear Brook Road, occupying street numbers 62-88. The development, numbering 16 dwellings, is an example of "sweat-equity construction," wherein home buyers constructed their own houses.

The project was started in 1992 by Jay Tyson, executive director of Boostraps. He started offering 10 properties to first-time home buyers (five of "low-income" and five of "moderate income") around 1995, with the stipulation that they put in 30 to 40 hours of work a week for 40 weeks, or until all of the homes were completed.

Before construction began, these ten families underwent home-ownership training led by Suzen Owen. One of the main selling points of the project was affordable home-ownership -  a strong philosophical driver for the project. As per Boostraps' Summer 1997 newsletter - published amidst the construction, "the vision of our founding father was to create a society free of the European concepts of class - an upper class that owned all the land and a lower class of tenants. This requires Americans to support the widespread distribution of land - typically land used for housing. Our land distribution is the foundation of the large middle class in our society. Their attachment to the land, and to the communities that they form, are the ultimate source of our stability as a nation. Increasing the percentage of Americans who can afford homeownership is more than a 'good deed' for those who need a hand. IT is a vital necessity for maintaining our long term stability. It is also the appropriate response for all who support the vision we call 'The American Dream.'"

Bootstraps eventually expanded into 16 houses, advertised four styles of architecture: "The Andover," "The Shelby," "The Bayfield," and "The Lancaster." The former is a 1.5 story, 2-bedroom house, the second a 3 bedroom ranch, the third a 3-bedroom split-level, and the last a 3-bedroom one-story house. These models still stand in 2019, sharing four communal driveways and continuous backyards. As a result of the prospect of home ownership, excitement abounded as the buildings started to come together - as shown in the aforementioned newsletter. By the end of the project, thousands of hours had been invested into the creation of a quaint neighborhood in which its residents take pride. 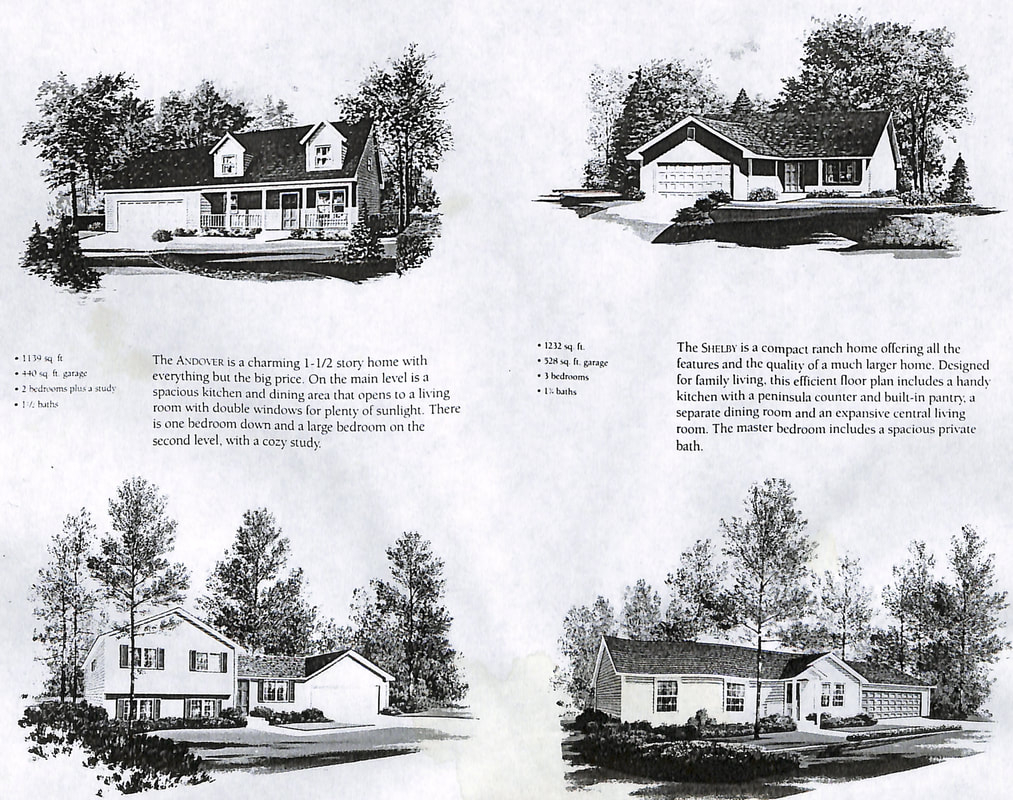