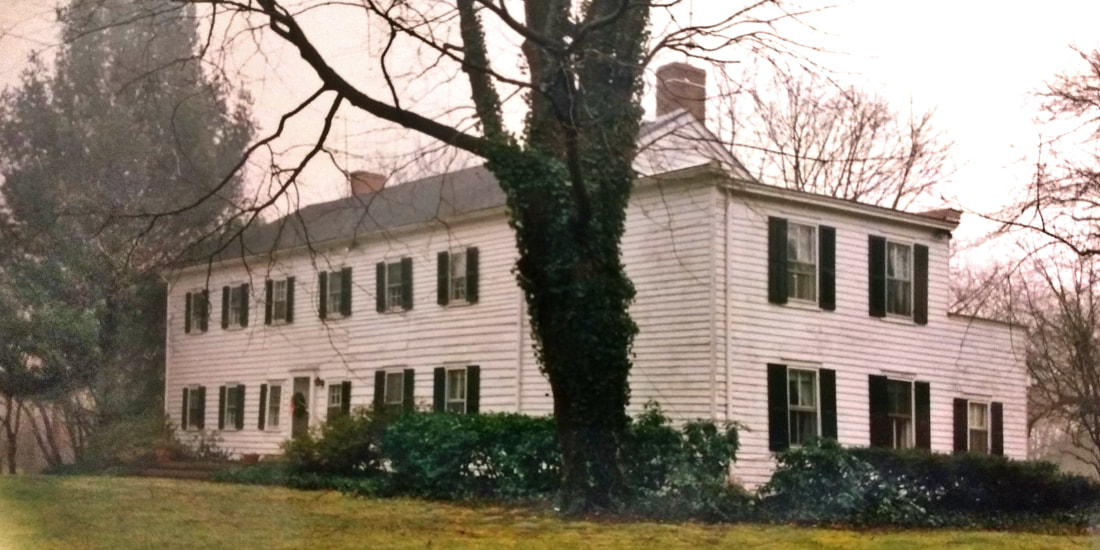 The Bergen House in the 1970s or 1980s.
Historical Overview
Sitting atop a hidden but commanding hill overlooking the Millstone River is 474 Cranbury Road - one of West Windsor's oldest houses and a member of West Windsor's "100 Club." According to tax records and an architectural survey, this structure likely dates to the mid-late 1700s. It was clearly built in 3 or 4 sections, presumably by several owners over the centuries.[1]

It is unknown who built the house. The property's first confirmed owners were John and Mary Phillips of Maidenhead (present-day Lawrenceville) who sold it to Benjamin and Sarah Temple in 1815.​[2] From there, the property passed through several owners - in 1815, to the Temples' son, Asher (later a West Windsor Constable​[3] and an owner of the Red Lion Inn in Penns Neck​[4]), in 1819 to William Kovenhoven and his wife, Elizabeth Story,[5] then to their son, Johnson and his wife, Ann Conover, in 1829,[6] and then to George and Ida Hutchinson in 1841.[7]

Finally, in 1847, the property passed into Bergen hands when the Hutchinsons sold it to local farmer James W. Bergen and his son, John Stryker Bergen.[8] James was married to Abigail W. Scudder,[1] daughter of Isaac Scudder,[1] who (along with his forefathers) once owned "Scudders Mill" in the community of the same name.[1] Meanwhile, both John and James were longtime Elders of the First Presbyterian Church of Dutch Neck.[1],[1]