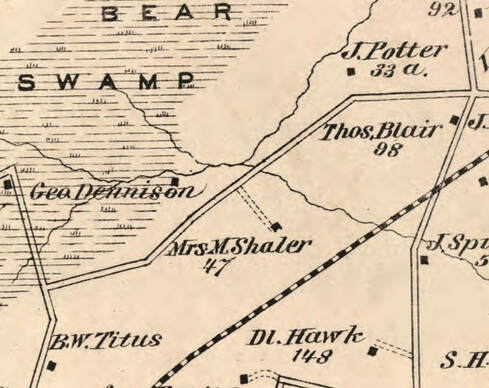 Bear Brook Road stretches between Alexander Road to the northeast and Meadow Road to the southwest. The road's distinctive bow shape parallels Route 1, and was established some time between 1849 and 1875 (as determined by two maps of West Windsor drawn in those years).

Old maps of West Windsor (including the 1875 map) show the name "Geo Dennison" in the area. It is possible that this is George Dennison, an erstwhile tax collector for the township during the 1870s. He was listed on West Windsor tax bills as being located "one mile southwest from Princeton Junction." In those days, tax collectors went to a central location (usually a general store or hotel) in each of West Windsor's villages on a pre-specified date and time to receive the taxes of the locals. The foundations of a house and a corduroy road (logs and dirt) were found in the area. There were also once remains of a blueberry farm, which has since been overgrown.

​   Below is a map of the properties as they were divided in a 1938 tax map of the township: 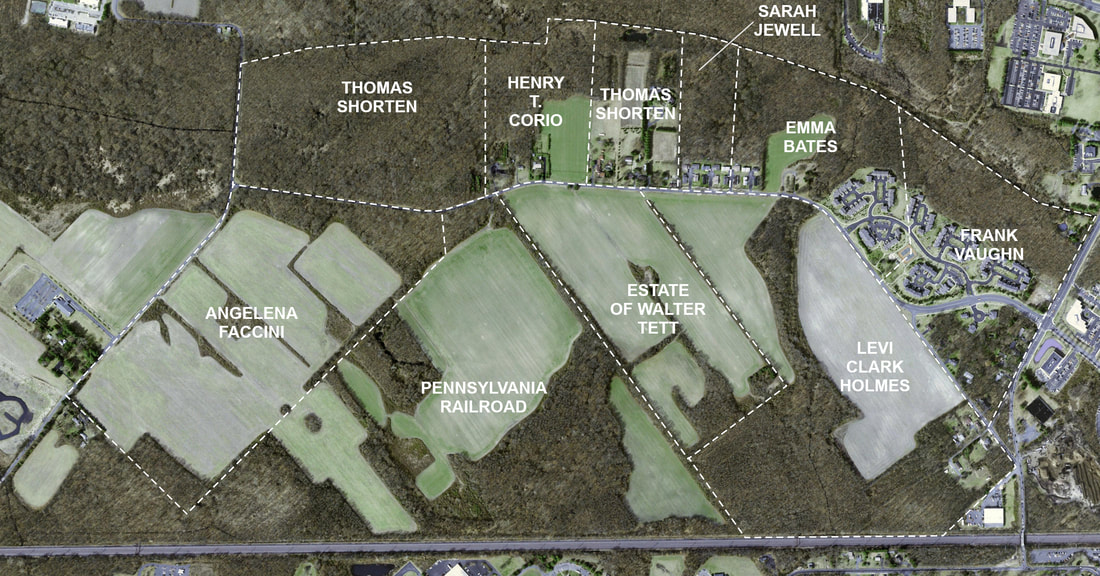 Property lines and ownership from 1915-1938 tax map laid over 2002 aerial view
Below is an analysis of Bear Brook Road's erstwhile farms and families, taken from the Spring 1999 edition of the Historical Society of West Windsor's "Broadside" newsletter. It does not cover the homes that still exist on the road; those (The Castle and Boostraps, both from the 1970s and later) can be found by clicking here! Additionally, the 2002 aerial view above shows the boundaries and ownership of different properties from the 1915-1938 tax map, to help locate the farms described below. Hopefully, the memories of these now-disappeared homes can be permanently immortalized in the annals of West Windsor's agrarian history.
​ 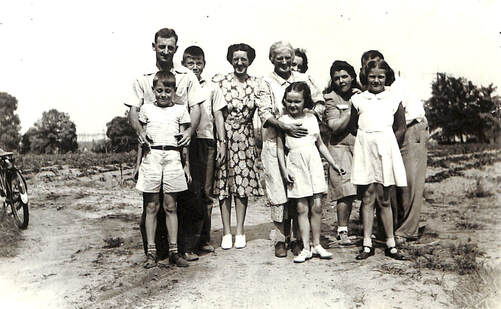 Levi Clark Holmes owned and farmed the 88 acres on the east side of Bear Brook Road from Alexander Road to the beginning of the Tett Farm, approximately across from The Castle. Sweet and white potatoes were both the primary crops. The farmhouse, demolished in the 1980s, had been built in 1858 and contained wide pine board floors, a gable roof, and several fireplaces. It was located at the end of a little dead end off Bear Brook Road nicknamed "Holmes Drive" - now at the dead-end of Old Bear Brook Road just west of Alexander Road

Levi Holmes was West Windsor's Head Constable and one of the founders of the Berrien City Fire Company (now the Princeton Junction Volunteer  Fire Co. No. 1). The highlight of his constabulary duties was to assist John D. Rockefeller by seeing that his train from Florida was halted at Princeton Junction, instead of Trenton, to enable Rockefeller to drive to his home in Lakewood, New Jersey without the publicity his appearance would cause in Trenton.

Levi's son Lloyd constructed the four houses (numbers 25-31) on Holmes Drive between 1932 and 1950. It was a family enclave with sister, Carmelita Holmes Bates, and son, Roger Holmes, in the two homes (#25 and #27, respectively) on the left side of the road; Lloyd Holmes on the right (#31). The fourth house (#29), on the right, was built Lloyd's daughter, Joan Holmes Hall, and her husband Charles.
​ 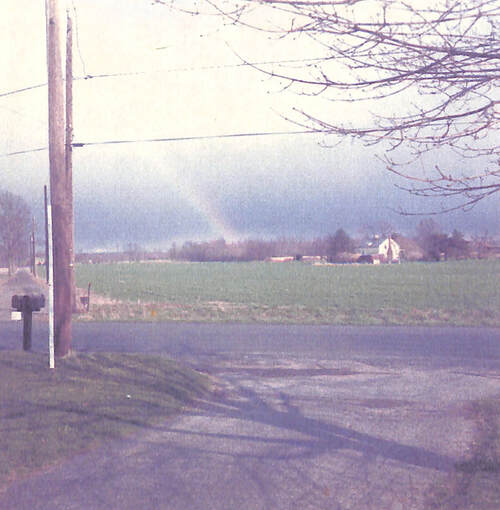 Rainbow over the Tett Farm, 1974
The Walter Tett Farm

Although the Tett family purchased 44 acres in 1919, the land has a long history. The erstwhile farmhouse - a 1.5 story clapboard house set very far back from the road - was considered to by a very early Dutch house built, at least in part, during the early 18th century. It shows up on the 1875 map under ownership by a "Mrs. M. Shaler," but oddly enough not on the 1849 map.

The last of the family to live there, Fanny Tett, told stories of a fireplace large enough to fit a horse and cart. She also told of a secret room built for the early settlers to use as protection against raids by local Native American tribes. Unfortunately, the older portion of the house was demolished in 1918 when the Tetts bought the farm. They left the 1808 Federal section intact and added a new wing.

Walter Tett, his wife, two sons and daughter raised tomatoes and other crops on their land. When Walter Tett died in 1928, the farmland continued to be worked and later rented to various farmers including Elmer Everett in the 1950s and James Golden from 1975 to 1984. Soy beans and field corn were the crops raised. The farm was sold to a developer in the 1980s, and in 2019 is being turned into the "Parc at Princeton Junction" development.
​ 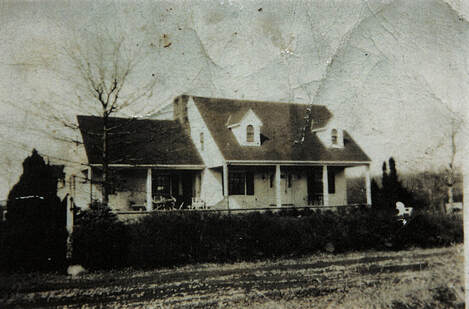 Once you pass Windsor Haven and Walden Woods (AKA "Boostraps"), you will come to the former site of various properties owned by several members of the Corio family. Henry and Marion Corio moved to Bear Brook Road from East Orange, New Jersey in 1937. Their land extended from the white house at 102 Bear Brook Road to and including the Bruestle property (in 1999) at 112 Bear Brook Road - a total of 27 acres.

From 1935 to 1936, Henry Corio and his family constructed the house at 102 Bear Brook Road. They used a house shown in a Dutch Boy paint advertisement as a model. The owners in 1999, Mireille and Farrel Delman, added wings to the original house.

When Henry Corio died in 1968, two years after his wife, the remaining land was divided among his children. His daughters - Mercy Corio Bruestle and her sister, Virginia Corio Wilkinson - were each left about half of the nine acres between the Bruestle and Delman properties. In 1958, Mercy and her husband, Glen Bruestle, had built their house at 112 Bear Brook Road and operated a boarding kennel there. 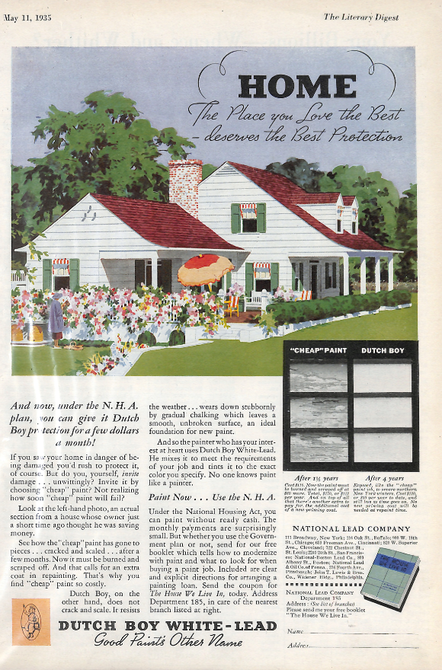 Michael Corio, brother of Mercy and Virginia, inherited six acres and the family home. Mike and his wife, Betty, already owned the adjoining 12 acres which they had purchased from Joseph Shorten in 1954. The couple erected a ranch house at 98 Bear Brook Road, where they lived until 1968 when they inherited the family house next door and moved there. They owned the property until 1973 when they sold 13 acres to Scott and Joan Parry, who named it Tamarack Farms. At the back of the property, the Parrys built the house nicknamed "The Castle"

In 1964, Michael and Betty Corio had bought the remaining one acre farm and farmhouse at 94 Bear Brook Road from Joseph Shorten. The farmhouse, set extremely close to the road, was built in two sections - the taller portion in the early 1900s and the shorter portion in the last quarter of the 1800s. Until the house was torn down (between 2008 and 2010), it featured one of the only outhouses in West Windsor.

In his later years, Joseph Shorten was confined to a wheelchair. Half of the farmhouse was rented out during this time. Long-time residents may recall Shorten wheeling to Princeton Junction via the Alexander Road railroad bridge - a dangerous feat at the time, especially since the bridge would not feature sidewalks until its reconfiguration in 2008!
​ 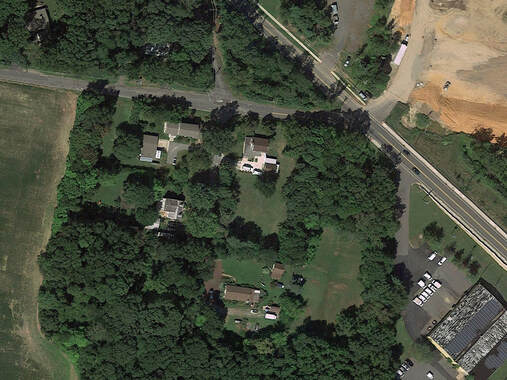 The old intersection of Bear Brook and Alexander Roads in 2013
Bear Brook Road is arguably the most-changed avenue in West Windsor since the 1930s. In that decade, electricity came to the street with the Federal Rural Electrification Administration; until then, electrical generators had been used to power homes and farms. The poles were run only from Alexander Road to the end of what is now Windsor Haven at first; it was only in 1937 that the rest of Bear Brook road received electricity.  As recently as the 1950s, the avenue was unpaved, only becoming macademized when locals had enough of school buses getting stuck in the mud.

However, it was only really starting in the late 1980s, with the development of Windsor Haven's 184 townhouse units between 1988 and 1993, that Bear Brook Road's identity would undergo a dramatic evolution. Since that point, the street has shown itself to be a prime location for suburban development. As a result, the old family farmhouses of the avenue have long since disappeared, being razed to make way for town homes, condominiums, and apartments. Additionally, the road used to run straight into Alexander (where Old Bear Brook Road now exists), rather than curve to intersect with it opposite Vaughn drive. These developments can be easily seen by simply looking at two aerial views of the road:
​ 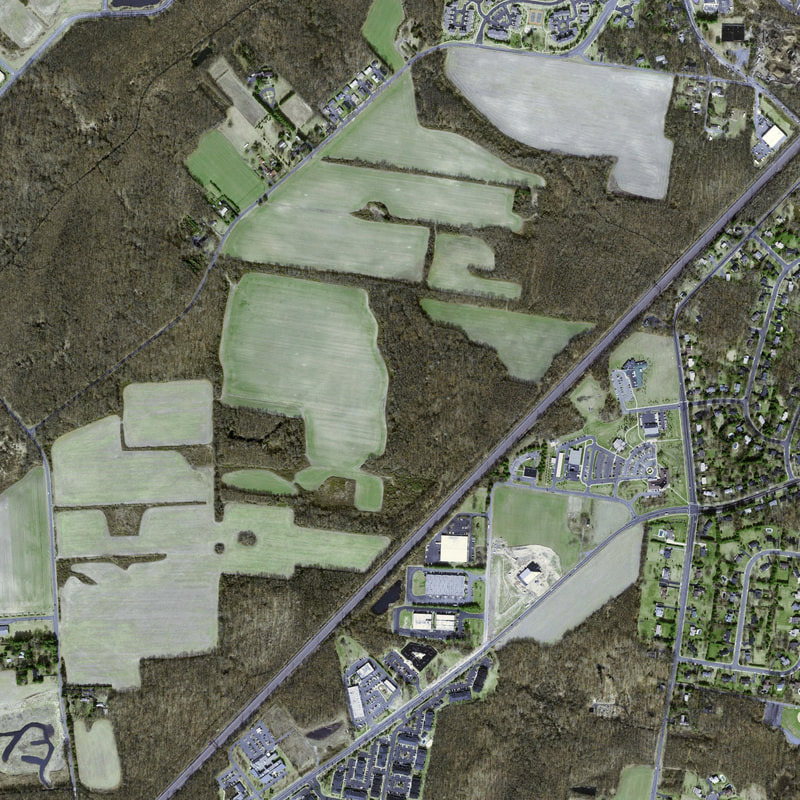 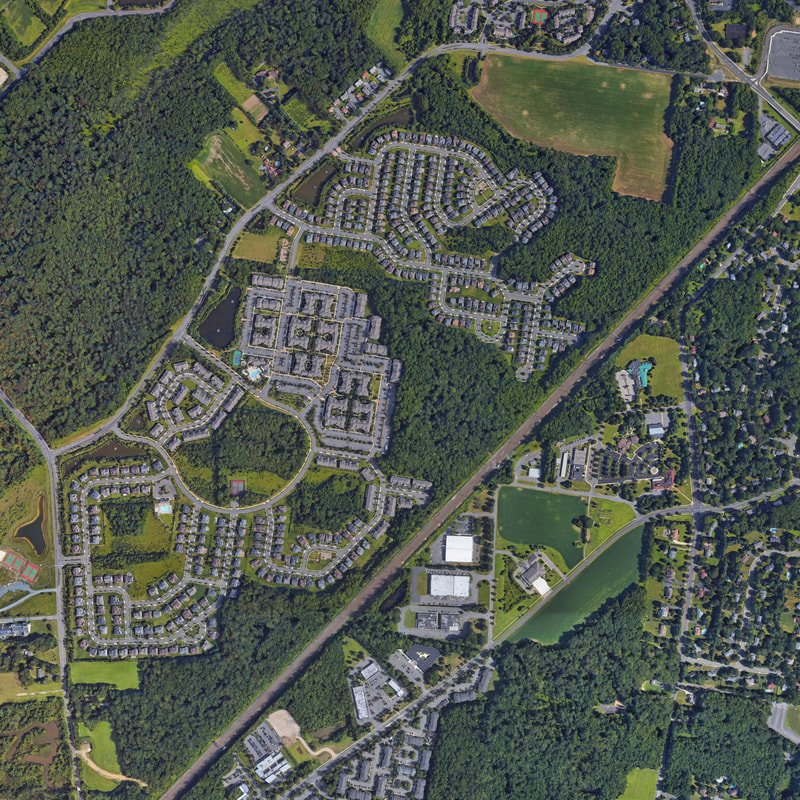