This white aluminum-siding building stands in front of the Hollyfield Nursery. Constructed some time between 1800 and 1808, the 5-bay, 2 story center hall plan I house was once a farmhouse for an expanse of agrarian land. It is similar in design to 105 Southfield Road, which suggests that the two structures were constructed by the same builder and around the same time. 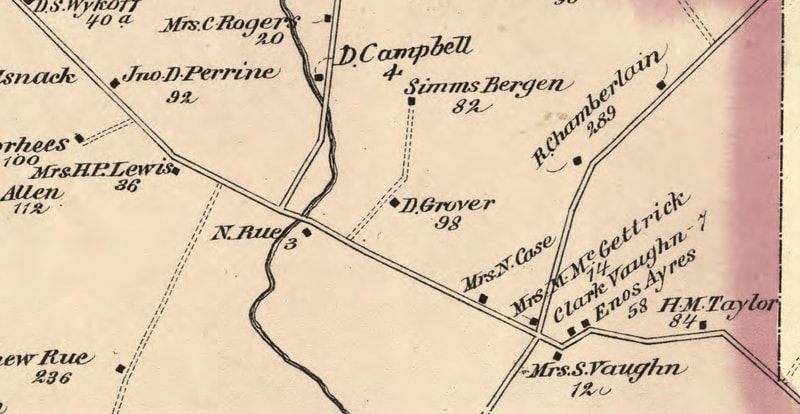 Close-up of 1875 map
According to town legend, during the middle of the nineteenth century, this building, along with the house at 219 Hendrickson Drive, served as a stop along the Underground Railroad, which helped runaway slaves escape to freedom up north. This movement was especially controversial in New Jersey because (believe it or not) until slavery’s abolition in New Jersey 1846, this state had the highest population of slaves of any northern state!

Whether or not this is true is up for debate. However, what is known is that slavery was common in New Jersey, and so were Underground Railroad stops in the years surrounding the Civil War.
​​ 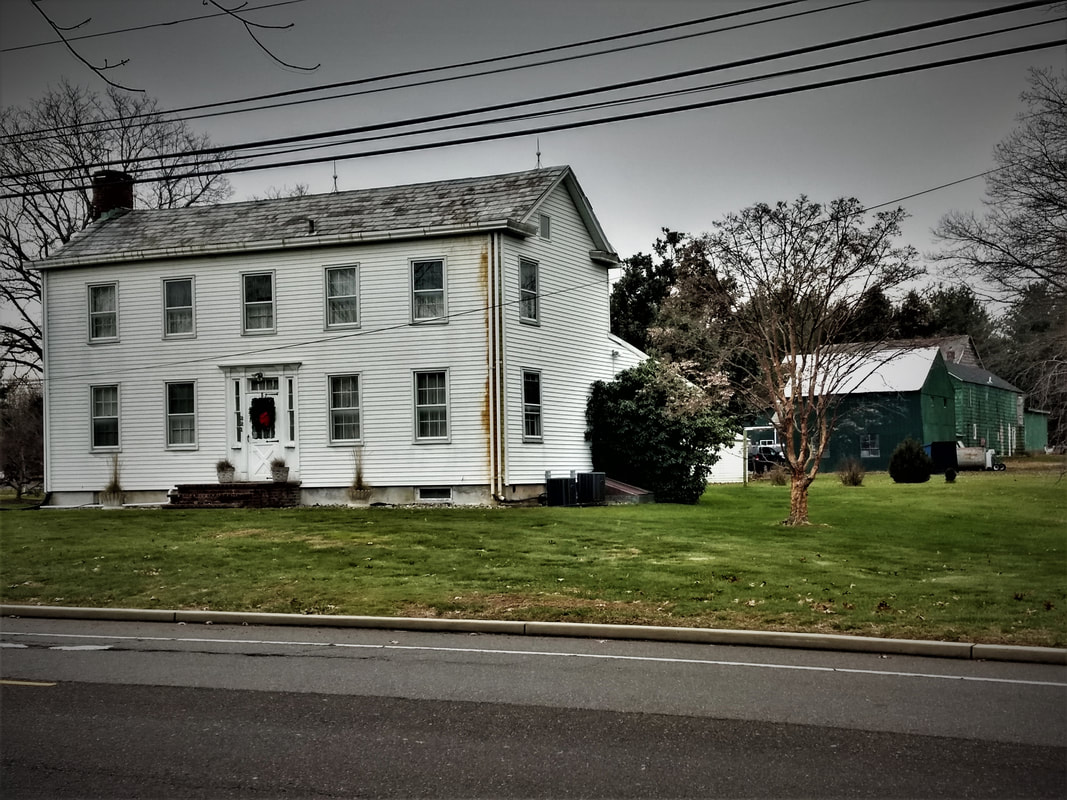